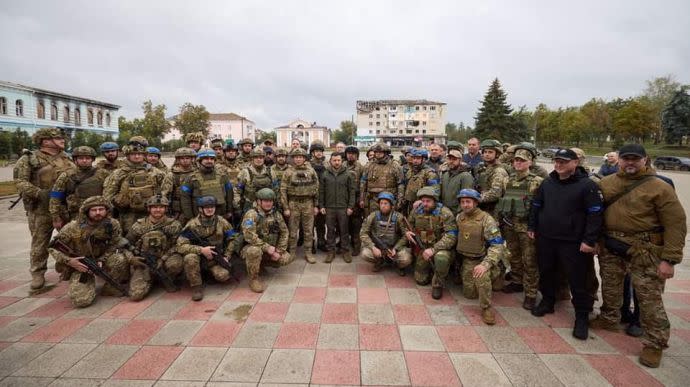 The General Staff of the Armed Forces of Ukraine declared that there could be no division within the army.

Quotation: “[Ukraine’s] the Defense Forces, under the leadership of the Supreme Commander of the Armed Forces of Ukraine, President Volodymyr Zelenskyy, are doing everything possible to liberate Ukrainian land from Russian occupation and stop the aggressor. We are led by a principle of unity of command and do not allow divisions to occur within the army.

All political speculation regarding certain actions on either front, and obviously provocative actions intended to implicate the highest military and political leaders of the state, are unacceptable.

And it is clear that some bloggers absolutely should not talk about non-existent conflicts, because it affects our capacity and our consolidation.

Again: don’t talk about things that don’t exist and that lead to public misunderstanding.”

Details: Previously, a journalist by the name of Yurii Butusov claimed that “President Zelensky caused a conflict within the military leadership by celebrating the release of Izium [a town in Kharkiv Oblast – ed.] with General Syrskyi [Commander of the Ground Forces of Ukraine – ed.]and made a point of not inviting or mentioning Valerii Zaluzhnyi, the commander-in-chief of the armed forces.”

Quote from Butousov: “In recent months, the President’s office has caused a superficial conflict between Zaluzhnyi and Syrskyi by pitting the two leaders against each other. This has been demonstrated in Izium. In this way, the political intrigue shows Zaluzhnyi that he is on the verge of “to be replaced. It is difficult to understand why this has to be done during intense combat actions, because the authority of Zaluzhnyi allows the president to act and rely on the army.”