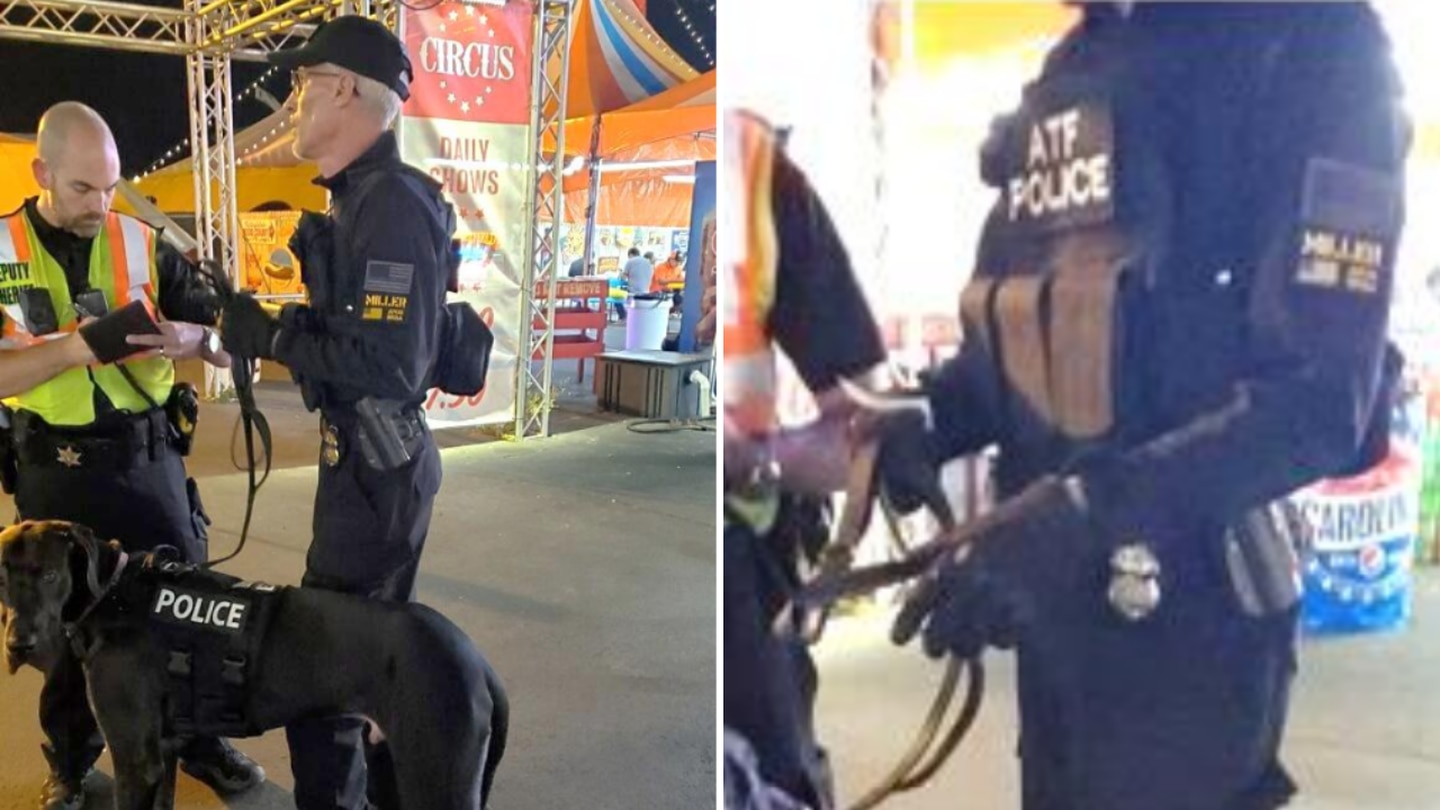 CHARLOTTE — A Richland County sheriff’s deputy working at the South Carolina State Fair last year noticed something unusual: A gunman dressed in black with what appeared to be police badges was walking around a Great Dane also dressed in police uniform. But he was not one of the deputy’s colleagues.

According to a search warrant, RCSD Deputy Chief Harry Polis, Jr. was working security at the State Fair on Oct. 22 when he spotted a man disguised as a Bureau of Alcohol, Tobacco, Firearms and Explosives agent. The man, identified as Stephen Andrew Miller, was dressed in black police-style tactical gear with a patch reading “ATF POLICE” on his chest. Court documents say Miller also had a silver badge that looked like an ATF task force officer’s badge and a handgun holstered on his hip. Miller had a dog with him, and the dog wore a vest with “POLICE” written on the back.

Polis approached Miller and asked for identification, but Miller could not provide law enforcement credentials. Miller told the deputy he was an ATF agent who worked at the Charlotte office, and he claimed he was ‘familiarizing his police dog with the presence of large crowds,’ according to the search warrant. .

The deputy chief and an employee of the state fair spoke with Miller, and he claimed his office had contacted the fair for clearance. The search warrant says the general manager of the South Carolina State Fair knew nothing about Miller or “his alleged purpose of being at the fairgrounds as a federal agent.”

Miller told the deputy he had no identification, and because the deputy could not confirm his story, he was escorted to his vehicle.

After Miller left, the deputy contacted the resident agent in charge of the ATF at Columbia, Eddie Eubanks, who confirmed that Miller was not an ATF agent. The search warrant indicates that Miller actually worked as an employee of a Samsung home appliance manufacturing plant in Newberry.

Miller is charged with a felony by impersonating a United States officer, and he could face up to three years in prison and a fine of up to $250,000.

(WATCH BELOW: Hickory authorities capture a man posing as an NYPD officer)

Hickory authorities capture a man posing as an NYPD officer