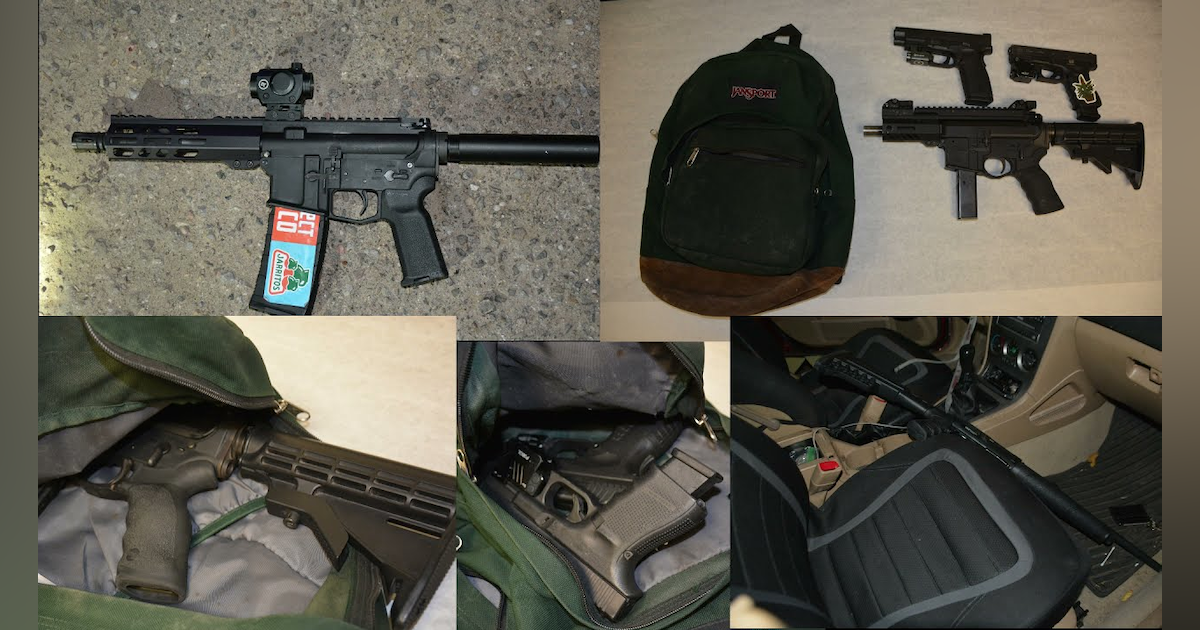 An 18-year-old who was gunned down by a Bernalillo County Sheriff’s Deputy late last month was holding an AR-15 pistol as he ran towards other lawmakers, officials said on Tuesday.

Elijah Riche was taken to hospital, where he died.

Deputy Ronald Perez, who shot Riche, has worked for BCSO for 10 years and it was his first shoot. A spokeswoman for the sheriff’s office said he returned to work after an administrative leave.

The incident took place around 2 p.m. on November 26 in the North Valley.

At a press conference on Tuesday, BCSO captain Nick Huffmyer said Perez was sent on an indecent show call at a gas station on Edith and Montaño NW when a red Subaru swerved at the intersection and crashed head-on into a car. The Subaru driver then took off. Another deputy gave chase and the car crashed again, the second time into a chain-link fence further down the street.

At this point, Huffmyer said, a man – later identified as Riche – got out of the car and started running down the street before turning around to retrieve guns from the car. Perez left the call he was on, arrived at the scene, and followed Riche.

In footage from security and body-worn cameras, Riche can be seen running down Nikanda Road – a dead end – away from MPs as they shout orders. When Riche reached a fence blocking a parking lot about halfway down the street, he turned around and ran past Perez in his patrol car and came back to two other deputies in their patrol cars at the entrance from the street.

“(Perez) then gets out of his patrol vehicle and gives a second time repeated orders to” drop the gun. Stop, land on the ground. Show me your hands “…” said Huffmyer. “The suspect refuses to comply, and that’s when the shooting takes place.”

In a body-worn camera video, Riche can be seen some distance from Perez with what looks like the AR-15 held loosely by his side, then pointing skyward.

Huffmyer said he thought “it’s pretty clear that (Perez) thought his fellow MPs were in danger” and that Riche “was running straight for MPs while he was armed with the gun.”

Video shows Perez shoots Riche, who falls to the ground before sitting down and yelling, “I’m hit”, “you shot me” and “I made a bad decision”, as the deputies come closer. He was taken to hospital, where he died.

Huffmyer said that in addition to the gun in Riche’s hand, there were three guns in the backpack he was holding and another gun in his car. Huffmyer said investigators were still looking for where the guns came from.

A man who answered the phone for a number associated with Riche’s family declined to speak to the Journal.

According to an obituary, Riche had recently graduated from high school, bought his first car and moved into his own apartment.

“He was so excited to begin his journey as a young adult and explore all that life had to offer,” the obituary reads. “Elijah was passionate about many things in life and those who knew him witnessed this passion with every word he said.”

Huffmyer said the incident was still being investigated by the multi-agency task force made up of the Albuquerque Police Department, BCSO and New Mexico State Police and by the internal affairs.

“We think the video speaks for itself but, again, it’s not our agency’s job to necessarily determine the legality of the shoot,” he said. “Once the criminal investigation is completed by the film crew (MATF), this information is passed to the district attorney’s office and they will make this decision.”

This was the second shoot by BCSO MPs this year, both fatal and both where back-camera video was available. In February, two MPs shot dead a man they said shot them as they pursued him in the backyard of a South Valley home.