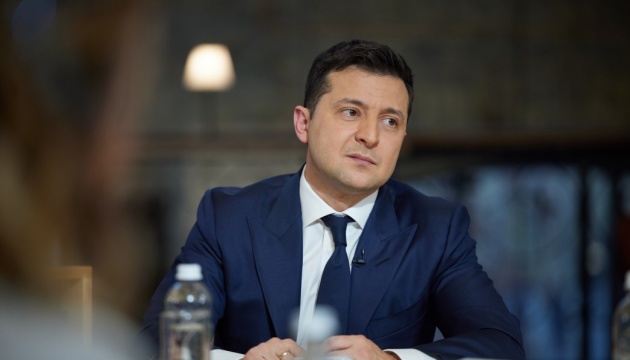 This is according to the press service of the Ukrainian Ministry of Defense, reports Ukrinform.

Today Ukraine celebrates the 30th anniversary of the establishment of the National Armed Forces. However, the real history of the development of our Ukrainian army dates back several centuries, as its victorious path is inextricably linked with all historical stages of the formation of the Ukrainian state and development, ”the congratulatory speech read.

Also read: Ukraine Defense The ministry plans to create an analogue of the NATO Support and Purchase Agency

According to the Head of State, “having absorbed the best national military traditions formed in the difficult and bloody wars and armed conflicts of the past, the Ukrainian army in its recent history has come a long way to build a capable combat. in combat and highly organized. organization, confident and capable of breaking any aggressive plan on the part of the enemy. “

The president stressed that Ukrainians are proud of their armed forces, expressing the highest level of confidence in them, “because it is the Ukrainian troops who have preserved the independence of Ukraine, for which our ancestors fought for. centuries”.

On behalf of the nation of Ukraine, the President thanked the personnel and veterans of the Ukrainian Armed Forces for their selfless service, resilience and heroism in defending the territorial integrity of the country.

“On this day we bow our heads to the memory of the heroes who sacrificed their lives for Ukraine. Their achievement will live on forever and serve as an example of honest and selfless service to their homeland,” Zelensky said.

He expressed confidence that the armed forces will continue to reliably defend the freedom and independence of Ukraine and wished the military and their families good health, prosperity, an indomitable spirit and new victories.

Photo: Office of the President