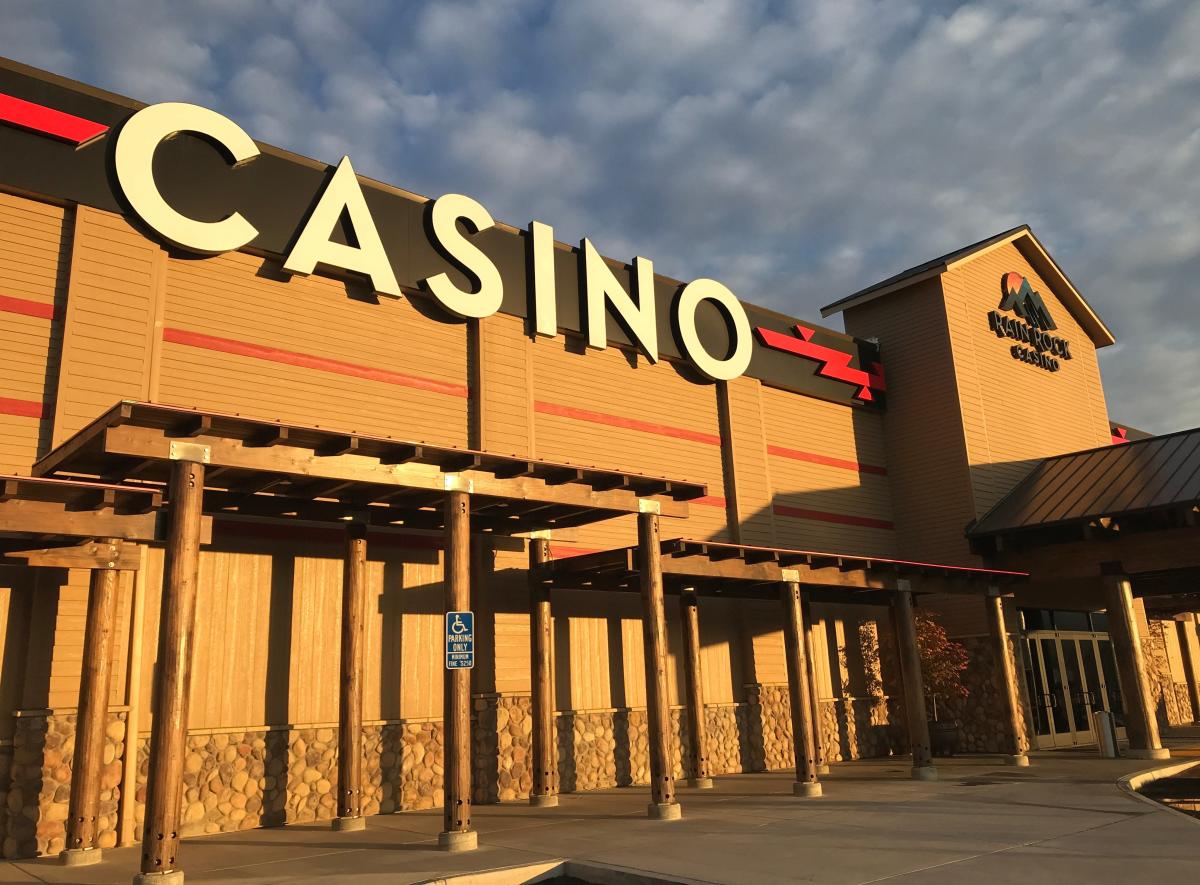 Police said they arrested a man who entered a Siskiyou County casino with a shotgun and also brought a suspicious box there Saturday morning.

Staff members inside Rain Rock Casino in Yreka immediately began evacuating patrons from the casino as the manager went with the gunman to the security office.

Police said two officers from Yreka arrived and Billy Sonntag obeyed their orders to lay down his shotgun.

The incident began shortly after 11 a.m. Saturday. Sonntag went to the casino with the shotgun and a cash box, Yreka police said.

The two Yreka officers were soon joined by the California Highway Patrol and Siskiyou County Sheriff’s Deputies. No one was injured, according to Rain Rock Casino.

Members of the Sheriff’s Special Response Team and the Explosives Ordnance Disposal Team arrived to help clean up the casino as well.

Police said authorities “secured and neutralized the silver box Sonntag had left outside the front door. It was later discovered to contain only papers.”

Sonntag was jailed in Siskiyou County Jail on suspicion of kidnapping, armed robbery, burglary and carrying a loaded firearm in a public place.

Police said Sonntag’s bail was increased to $1 million “due to the seriousness and seriousness of the case.”

The Rain Rock Casino, which is operated by the Karuk tribe, will remain closed until 11 a.m. Tuesday. During the closure, employees will be contacted by a crisis counsellor.

Casino officials are encouraging guests who were present to contact Siskiyou County Behavioral Health Crisis Services at 800-842-8979 to speak with a counselor.

Yreka police said the casino staff had “their gratitude and respect”.

“Thanks to your quick thinking and brave actions, no one was hurt,” police said.

Nada Atieh is a Report for America body member and education reporter focusing on childhood trauma and the achievement gap for the Redding Record Searchlight. Follow her on Twitter at @nadatieh_RS. Help local journalism thrive by subscribe today! And if you can, please consider a tax deductible donation for his work.