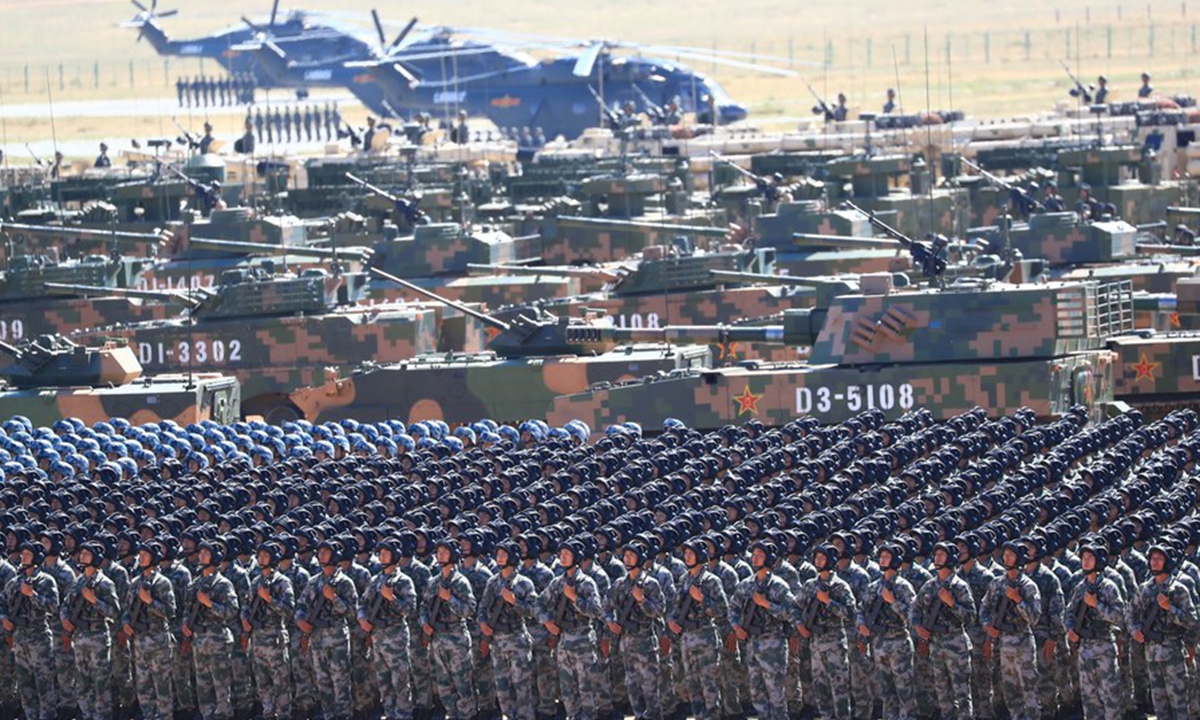 A military parade is held to celebrate the 90th anniversary of the founding of the Chinese People’s Liberation Army (PLA) at Zhurihe training base in northern China’s Inner Mongolia Autonomous Region on July 30 2017. Photo: Xinhua

Chinese President Xi Jinping on Tuesday signed a mobilization order for the training of the armed forces, the first order of the Central Military Commission (CMC) in 2022, which underlined the evolving situation facing the country and a urged the armed forces to redouble their efforts to better combine training with combat operations.

Experts pointed out that a deeper message is that China will stick to its goal of protecting its homeland, security and development despite any changes.

Signed by Xi, also general secretary of the Communist Party of China Central Committee and chairman of the CMC, the order declared the start of military training for the year, the Xinhua News Agency reported.

The entire base of the armed forces is required to resolutely implement the plans and instructions of the Party leadership and the CMC, according to the order, adding that the changing landscape of national security and combat circumstances must be understood with precision.

Armed forces must closely follow developments in technology, warfare and rivals, redouble their efforts to better combine training with combat operations, and strengthen systematic training and the use of technology to develop an elite force capable of fighting and winning wars, reading them.

All officers and soldiers should maintain the spirit of fear of neither death nor hardship and conduct training in a vigorous, well-designed and safe manner to enhance their command and combat capabilities and promote excellent conduct, said order.

In addition to the order’s attention to “changes” in the circumstances of national security and combat, technology, war and rivals, experts noted that the deepest message is that China will in the face of any transformation by sticking to a fundamental strategic principle which is to protect the sovereignty, security and development of the country.

“The situation will change; war will change and technology will evolve. In terms of tactics, China will strengthen its military response and joint combat capabilities as well as the military’s mindset to deal with these. specific changes, “said Song Zhongping, a Chinese military expert. and commentator, the Global Times said Tuesday.

But in terms of strategy, China will not change its goal of safeguarding the country’s sovereignty, security and development.

“No matter the South China Sea, Taiwan Strait, Hong Kong, Xizang or Xinjiang, as long as it is China’s territory, or any matter that concerns its development interests, China will firmly protect. Our strategic goal of strengthening the military will not change, “Song noted.