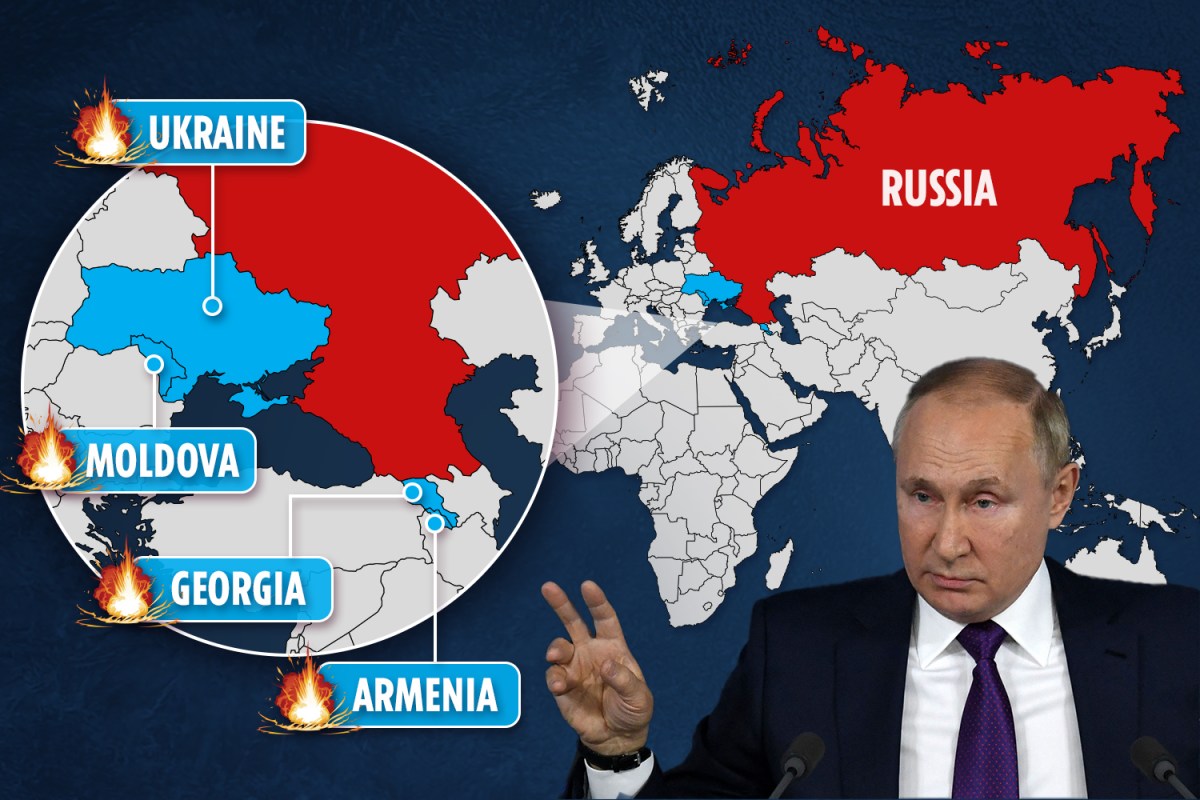 EUROPE is “closest to armed conflict” in the past 30 years as war tensions escalate over the Ukraine crisis, senior diplomats have warned.

With 100,000 Russian troops massed on the Ukrainian border, the United States must prepare for a possible escalation, an expert has claimed.

“We are facing a European security crisis,” US Ambassador to the Organization for Security and Cooperation in Europe (OSCE) Michael Carpenter said at a press briefing on Thursday.

“The drumbeat of war rang out loud and the rhetoric became strident.”

A senior official in Poland, which borders Ukraine and Russia, has warned that fears of a Third World War are growing, with tensions rising in Georgia, Armenia and Moldova, as well as in Ukraine.

“It seems that the risk of war in the OSCE area is now greater than at any time in the past 30 years,” Polish Foreign Minister Zbigniew Rau said.

“For several weeks, we have been facing the prospect of a major military escalation in Eastern Europe.

He continued: “We should focus on a peaceful resolution of the conflict in and around Ukraine.”

More than 100,000 Russian troops are deployed near the Ukrainian border, while separate battles with Moscow-backed separatists continue to erupt.

This comes as negotiations between NATO and Russia have failed to resolve the crisis, which threatens to drag down neighboring powers.

He also warned that Russia would “pay a high price” if it used force against Ukraine.

On Wednesday, Stoltenberg warned that NATO is preparing for the “real risk of a new armed conflict in Europe”.

Moscow denies claims that it plans to invade the country. Vladimir Putin’s government insists it needs guarantees for its own security, including a halt to further NATO expansion and a withdrawal of forces from eastern European countries in the NATO.

As the war of words continues, the Kremlin has condemned US legislation introduced by Senate Democrats this week that would impose sanctions on Putin himself if Russia invades Ukraine.

Spokesman Dmitry Peskov said the move would be “an outrageous step akin to a severance of relations” and an “extremely negative” move as negotiations continue.

In an interview with the Russian channel Channel One, he continued: “I read with amazement all these initiatives, like adults, serious politicians… And such moves do no honor at all.

“There are even proposals to impose sanctions whether or not there is an attack on so-called Ukraine, simply because we are not withdrawing troops from our own territory.”

At least 164 people have died, including three children, in the unrest that erupted on January 2 in response to soaring fuel prices.

Although they were described as “peacekeepers”, they reportedly received “shoot to kill orders” from Russian generals.

The 65,000 tonne warship left Portsmouth to take part in military exercises off Norway on Wednesday.

The conflict between Russia and Ukraine was sparked by a revolution in 2014 when the pro-Russian government of Viktor Yanukovych was overthrown.

Russia responded by annexing the Ukrainian region of Crimea – in a move widely condemned by the West.

This conflict then escalated with pro-Russian groups in eastern Ukraine taking up arms against the state.

With the support of Russia, the separatist forces created their own breakaway republics in Donetsk and Luhansk.

Putin’s troops then made their own military incursion into these regions to support the rebels.

Russia continues to hold Crimea, saying the region joined them voluntarily following a referendum, while the war in Donbass in eastern Ukraine remains at an impasse.