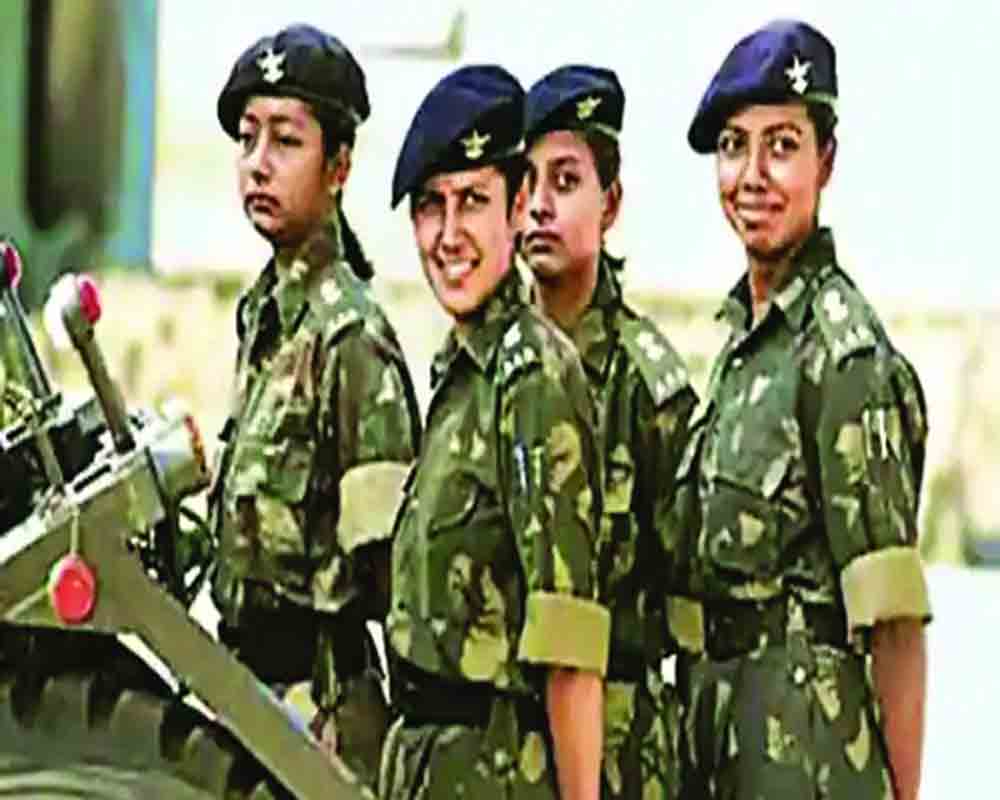 There is no doubt that officers and other ranks have to undergo a radical change in their thinking process and attitude to embrace gender equality.

The recent Supreme Court ruling ordering the government to open the portals of the National Defense Academy for women has finally paved the way for gender equality at all levels in the armed forces. Eligible women will now be allowed to take the NDA entrance exam for the first time and the sky will be the limit for their career aspirations. This will now allow women to join any available combat or non-combat branches of the three services.

Notwithstanding the above judgment, women have always had their presence in the armed forces, but in a limited role such as that of doctors in the three wings of the armed forces. It has been nearly three decades, however, since women entered many other branches where only men once dominated.

Women officers of the Indian Armed Forces have come a long way and have adapted well to the changing times. However, the onus is on services to be accommodating in assimilating women in all fields – be it combat, administration, engineering or medicine. Therefore, it remains the responsibility of the male-dominated armed forces to recognize the power of female officers and to help them achieve their full potential.

I still fondly remember when I was the head of INS Vikrant in 1992 when the first group of female officers came aboard for initial training at sea for the Naval Short Service Commission. Indian. The ladies officers were very enthusiastic and showed a keen interest in the training. Normally, when officers join training at sea, they all live on the ship throughout their training. In this case, as there were no separate arrangements on board for their stay, the ship was in port and they came in the morning and left in the evening. Throughout their training they have demonstrated their levels of skill, adaptability, fitness and mental alertness to match the standards set for men.

These young officers were quickly adopted and always enthusiastic about learning the methods of service. They were happy with the training but had one observation: why they couldn’t stay on board. It was explained to them that from now on the fittings on board the ships are reserved for men, in particular the living spaces and the toilets. If they understood all the existing constraints, they wanted to know when the ships will also have quarters for women. I remember my reaction to this was “when a child is born he / she first learns to crawl, then to stand and only then to run”. I can only say that now is the time for everyone to run.

On a lighter note, many of these young female officers found their soul mate among naval officers during their first military careers and, thereafter, lived happily ever after. Being from the same service, the understanding between the partners also proved to be of better quality, essential to marital harmony. In short, it is a winning situation, because the two partners know each other’s terms of service and are quick to settle.

I can only say that the day has come when the idea of ​​women joining the armed forces took shape and has now evolved into women getting a standing commission and entering male dominated fields like fighter pilots, combat units and serving on board ships and navigating on operational missions.

There is no doubt that officers and other ranks must also undergo a drastic change in their thought process and attitude in order to accept gender equality and, where appropriate, take orders from female commanding officers. That said, women should also remember that they are entering new areas and should proceed with caution and never hesitate to take the advice of men who have been holding the fort for much longer.

By the way in the US Navy, for the first time, a female officer has recently been appointed to command a nuclear powered aircraft carrier. I have no doubt that it is only a matter of time when we have female officers leading the combat units and working side by side with their male counterparts.

Indian history is replete with examples of women commanding combat troops, such as “Rani of Jhansi” and many others who led troops into battle and gave a dignified response to the enemy. It was only at some point that we lost the plot and the armed forces became the stronghold of men alone.

At the end I can only say, “Welcome to the Indian armed forces, brave ladies, you are truly the pride of India”.