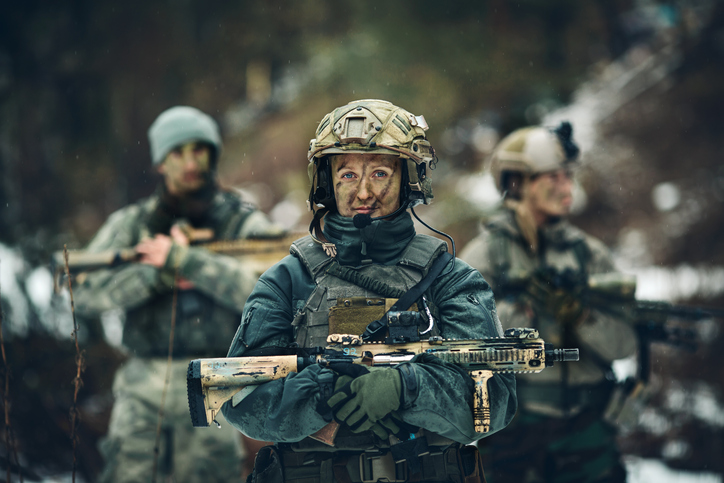 The role of women in the US Armed Forces has had a checkered history over the past 200 years. While the military only allowed men to serve in the armed forces, women were the ones behind the scenes who were just as important.

The Billings Symphony welcomes American Veteran: a story without words

The United Service Organization says women have historically served in nursing and other non-combat roles in the military. During the Revolutionary War, women mended clothes, treated wounds, cooked and cleaned linen and guns. Some women at the time wanted to be on the ground fighting for American independence. One example was Margaret Corbin, who disguised herself as a man to fight on the front lines in the Battle of Fort Washington. She traveled with her husband, who after being shot Margaret continued to fight, despite being shot three times.

Historians predict that around 1,000 women dressed up as men during the Civil War. During this time, women also began to serve as nurses on a larger scale. About 3,000 women served as nurses for the Union Army.

Women had to overcome several obstacles while in the military. Until 1975, women were automatically dismissed from the service if they became pregnant. It wasn’t until 2015 that women were allowed to hold ground combat positions in the military, a position previously reserved for men. Former Defense Secretary Leon Panetta lifted the ban on women in combat less than a decade ago. This shift has been monumental for women in the military, opening up opportunities to take on more prestigious roles.

In 1948, President Harry Truman signed the Women’s Armed Services Integration Act. This law gave women more opportunities to serve as permanent members of all branches of the armed forces. However, women were still not allowed to become officers and were not allowed to command men or serve in a combat position. Nevertheless, the law was a step in the right direction for women in the military.

Currently, women make up 16% of the United States Armed Forces, serving in every branch of the military. More than 9,000 women have received the Combat Action Badge and more than 300,000 women have served in Iraq and Afghanistan since the September 11 attacks on the World Trade Center in 2001. Women continue to push the boundaries by assuming larger roles in the military. We thank every man and woman serving in the military for making America the land of the free.

Click here to see a full history of women and their roles in the armed forces since the nation began.