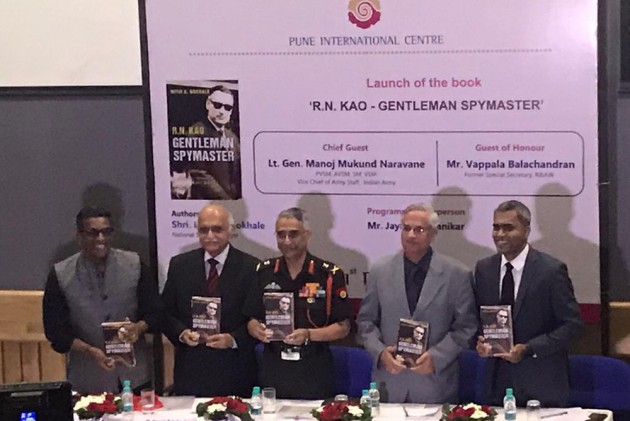 “I dare say that none of our military operations would have been successful without the support we have received from various intelligence agencies, including the Research & Analysis Wing,” the general said in a speech in Pune during the release of a new book “RNKao-Gentleman Spymaster” by veteran journalist Nitin Gokhale on the founder of the Research and Analysis Wing (RAW), our external intelligence agency.

But it was not always so. Intelligence agencies were blamed for the attack on Kargil in 1999. “The Kargil Review Board” also concluded that no agency or individual “was in a position to clearly assess the possibility prior to the event. a large-scale Pakistani military intrusion across the Kargil Heights ”.

This author disputed this conclusion at the time and stated that it was not strictly speaking a failure of individual agencies but the lack of “coordination and arbitration” of intelligence by the National Security Council. (NSC), which did not meet until June 8, 1999, a month after the incursion was noticed.

Indeed, intelligence agencies collect information on parallel tracks on the basis of piecemeal “need to know”, not revealing the full picture, especially when trends are short-term like border skirmishes. On several occasions, the agencies produce incomplete or even contradictory reports.

For example, when I was on duty, there was a dispute between RAW and Military Intelligence over the number of Chinese divisions in Tibet. Such issues can only be addressed by an empowered “arbiter” who can access even unprocessed information from different agencies and also insist on feedback to fill in the gaps and complete the picture.

Strategic intelligence only becomes “actionable” after an alchemical process of collation, analysis, dissemination, arbitration, political arbitration and decision-making. This is why we had set up a very powerful NSC on November 19, 1998 as a full time think tank, intelligence arbiter, policy arbiter, decision maker and performance monitor.

The NSC should have started the process of coordination and arbitration with a broader investigation when the first drops of Kargil’s incursion were received from May 3, 1999. Instead, it left it to the individual agencies. care to operate on parallel tracks without any to “stick the seams” to develop a holistic image.

Such institutional failures have occurred even in Western countries with older NSC systems. While the 1990-91 “desert storm” against Saddam Hussein operated with textbook precision, the Iraq war of March 2003 to effect “regime change” went into convulsions in the face of the post-insurgency. ousting Saddam, causing serious acrimony between the various organs of the American government. , including intelligence agencies.

In 1990, the CIA was able to issue alerts weeks before Saddam launched an attack on Kuwait on August 2. The agency also reiterated this warning on August 1. After CENTCOM established its headquarters in Saudi Arabia, the CIA deployed Joint Intelligence Liaison Element (JILE) teams as intermediaries to provide intelligence information to deployed US forces.

Three “Orbat” maps were provided in October 1990 with “key strengths and weaknesses” of Iraqi ground forces, locations of “Scud” missiles and chemical and biological weapons. “Streaming Intelligence” was provided on minefields and the location of anti-ship “silkworm” missiles.

The reverse was true in 2003. Former CIA chief Robert Gates had to be recalled by President George W Bush to take up his post as Secretary of Defense in December 2006 after serious controversies rocked the Pentagon. when Donald Rumsfeld was the chef. His gigantic memoir “Duty” (2014) explains in detail how he had to repair much of the damage done earlier.

What he does not mention is the colossal damage done to the NSC system established by Rumsfeld’s illegal spy agency, the Office of Special Plans (OSP), which had undermined the CIA and Defense Intelligence. Agency (DIA) to influence the decisions of the White House. It was not that long ago that we also had a similar experience.

The morale of the story is clear: The protocols established on the relations between the armed forces and the intelligence agencies should not be changed, unless they are approved after long deliberation.

(The author is a former Special Secretary of the Cabinet Secretariat. The views expressed are personal)