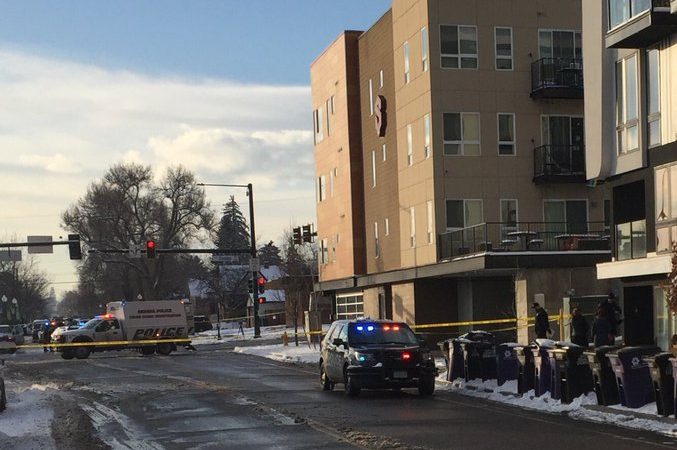 A gunman was fatally shot by Wheat Ridge police on Thursday afternoon when officers encountered him and the man brandished a shotgun, police said.

Police received multiple 911 calls around 1:40 p.m. reporting a man with a shotgun firing in the air in the area of ​​West 29th Avenue and Ames Street, Div. Chef Darrel Guadnola.

The man walked east to the intersection of 29th Avenue and Sheridan Boulevard where responding officers met him.

WRPD responded to the area of ​​W. 29th Ave and Sheridan Blvd. The WRPD is currently investigating the scene. Sheridan Blvd is closed from W. 29th Ave to W. 26th Ave. Please avoid this area. pic.twitter.com/fFRqv7EFG5

The man challenged the officers and held up the shotgun, Guadnola said. The police fired at the man who was hit by the gunfire. He was pronounced dead at the scene.

The busy Sheridan intersection was closed by police as investigators processed the scene, focusing on the southwest corner of a multi-story residential building about half a block east of Sheridan.

No officers were injured and no other people were shot or injured, police said. An investigation is underway. The man’s name was not immediately released.