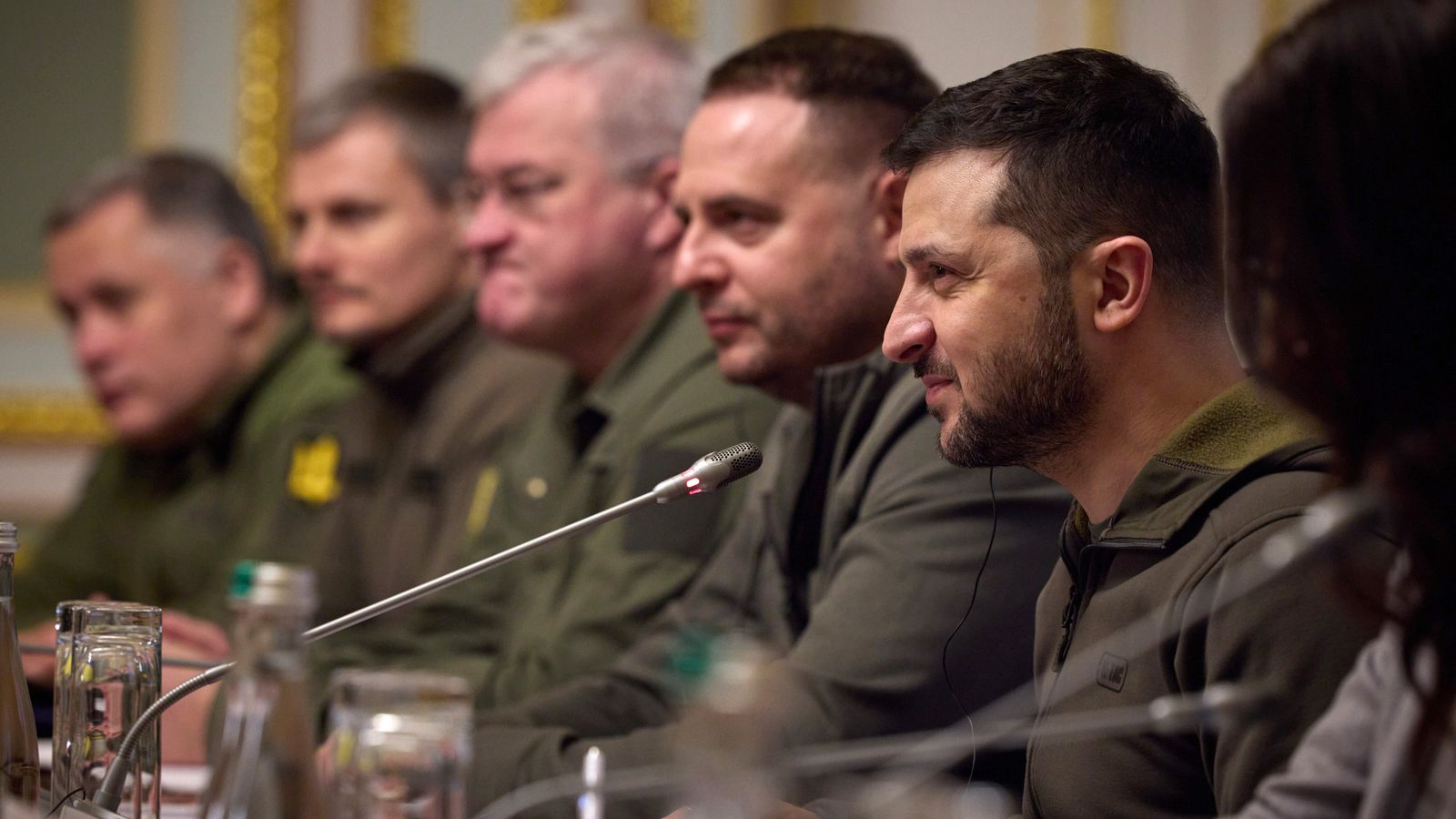 The New York timeIts verified the authenticity of videos apparently showing the execution of 11 Russian soldiers who surrendered in the village of Makeyevka, Luhansk, in eastern Ukraine earlier this month.

One video was taken by an anonymous Ukrainian soldier on his mobile phone, while other footage comes from drone footage that was most likely filmed by Ukrainian forces monitoring the offensive. The Time compared the videos to satellite images, confirming that they had been filmed at a farm in the village.

The video clippings and the same Russian soldiers are shown lying dead on the ground, most of them positioned as they were when they surrendered, apparently executed at point-blank range on the back of the head. The Russian soldier who opened fire also appears to have been killed on the spot and is located where he opened fire.

Commenting on the videos, Dr. Rohini Haar, medical adviser to Physicians for Human Rights, told the New York Times“Most of them look like they were shot in the head. There are pools of blood. This indicates that they were just left there dead. There seems to have been no effort to recover or help them.

Dr Haar added that because the Russian soldiers were lying down, apparently unarmed, with their arms outstretched or behind their heads, “they are considered hors de combat, or non-combatants – in effect prisoners of war”.

Russia denounced the killings as “deliberate and methodical murder”.

As the Time the article admits, Ukrainian soldiers could be prosecuted for the extrajudicial execution of Russian prisoners of war under the laws of international armed conflict, including the Geneva Conventions and the Rome Statute, the international treaty that has established the International Criminal Court. According to the Geneva Conventions, prisoners of war “shall at all times be treated humanely. Any unlawful act or omission of the Detaining Power causing the death or seriously endangering the health of a prisoner of war in its custody is prohibited and shall be considered a grave breach of this Convention. … Reprisals against prisoners of war are prohibited.

Similarly, the Rome Statute stipulates that “killing or wounding a combatant who, having laid down his arms or having no longer means of defence, has surrendered at his discretion” constitutes a violation of international armed conflict.

The fact that the video first appeared on pro-Ukrainian social media suggests kyiv already knew about the extrajudicial execution and leaked the video as part of a PR campaign to blame the lone soldier Russian shooting at Ukrainian troops for the death of 11 soldiers. Like even the Time admitted, “Ukrainian news and social media channels … used them to praise the military prowess of their armed forces and publicize their heroic recapture of territory lost to Russia at the start of the war”.

In response to widespread criticism of the conduct of Ukrainian soldiers, the Ukrainian government has pleaded ignorance and promised an investigation, which it knows full well will have no impact on the support it receives from its imperialist backers. Speaking at a forum on security in Canada, Olha Stefanishyna, Ukrainian Deputy Prime Minister, said: “Of course the Ukrainian authorities will investigate this video”, but added that it “is very unlikely that the video accurately depicts the execution of Russian prisoners of war.

Despite Stefanishyna’s assurances that Ukraine does not engage in the killing of prisoners of war, in March another video circulated widely on social media showing Ukrainian forces shooting captured Russian soldiers in the legs at close range. During the first weeks of the war, the official social media accounts of the Ukrainian Armed Forces also regularly posted bloody photos of dead Russian soldiers. Such behavior is clearly encouraged within the Ukrainian Armed Forces, which includes neo-fascist organizations such as the Azov Regiment and the Right Sector.

The fact that the Ukrainian media was so quick to celebrate the killing of Russian prisoners of war suggests that the widespread release of the video is a deliberate provocation by kyiv to continue the war amid reports of pressure from Washington DC to reopen negotiations with Moscow as winter approaches. So far, the Zelensky government has refused to take steps to start negotiations and has even passed a law banning negotiations as long as Vladimir Putin remains president.

The release of the video had the predictable effect of angering pro-war nationalist elements in Russia, who pushed Moscow to expand its reactionary and disastrous war in Ukraine despite immense losses. As the Time reported, Vladlen Tatarsky, a popular Russian military blogger, said in a Telegram post that every Russian “must watch this many times to understand who we are fighting against” and that “not a single Russian can live and sleep calmly…as as long as the authors are alive.

While recent Ukrainian military successes – the recapture of large parts of Kharkov and Kherson provinces – have been celebrated in both the Ukrainian and Western imperialist media, the war is, by all accounts, a historic disaster for the population of both countries. Last week, General Mark A. Milley, Chairman of the Joint Chiefs of Staff, estimated that more than 100,000 Russian troops had been killed or injured and “probably” an equal number of Ukrainian troops were as well. which puts the total number of casualties in the ongoing war at over 200,000.

The World Socialist Website is the voice of the working class and the leadership of the international socialist movement. We rely entirely on the support of our readers. Please donate today!