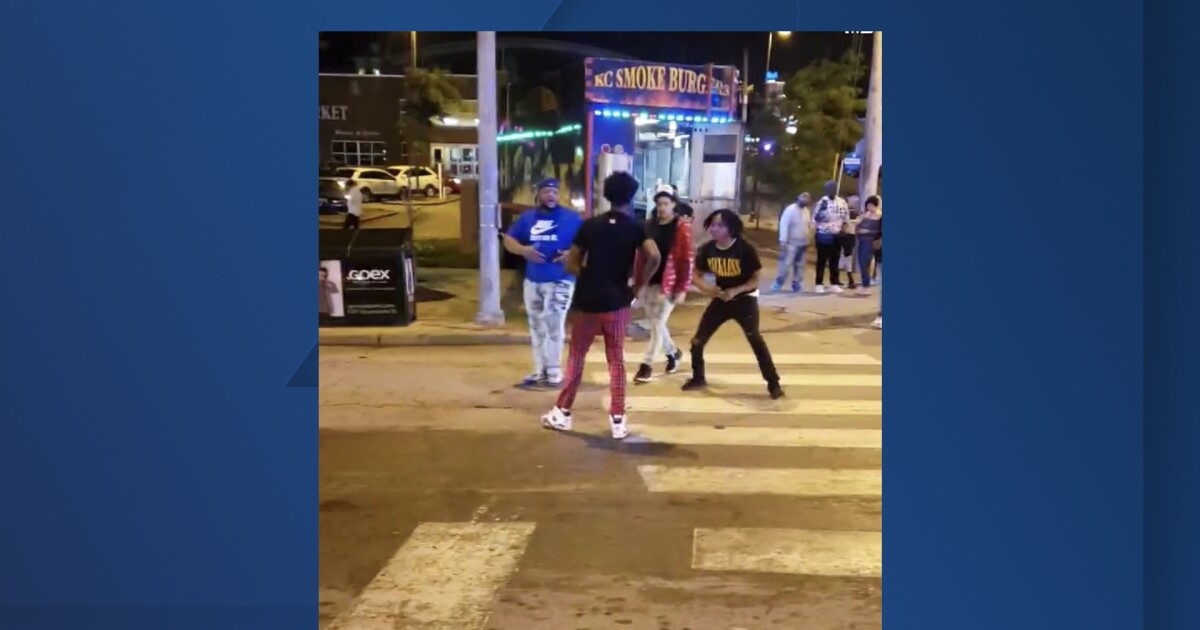 KANSAS CITY, Mo. — Video footage of a tense moment early Sunday morning in Westport shows an incident that could have ended much differently.

At around 3:15 a.m. Sunday, Devin Chapman thought he was breaking a record on his phone.

Directly in front of him, a young man involved in an altercation had pulled a gun from his belt and held it at his side.

Officers near Kansas City, Missouri, responded quickly at the intersection of Mill Street and Westport Road.

He said the young man was surrounded by three other men trying to fight him.

Chapman said it lasted for a few minutes before it started recording. He thought the young man had fired the gun to protect himself.

The responding KCPD officers drew their weapons, telling the man to put down his.

They quickly put the man on the ground and arrested him.

No one was hurt.

“I was really impressed that the officers relied on their training,” said KCPD Major Scott Simons.

Simons, who oversees the KCPD’s Central Patrol, said these situations were difficult to handle, especially with the large crowds that had gathered.

Chapman said throughout it all, the other three men were still trying to fight back and felt they should have been removed from the situation immediately. They are seen in the video from the side, yelling at the man with the gun, who at the time was standing in the bright beam of the officers’ flashlights.

“They really could have killed him, so I commend the police for that. To avoid the whole situation before a gun is even drawn, you have to look at what we could have done to avoid it all,” Chapman said.

Many people are reacting to Chapman’s video, commenting that several people could have died that night.

“A change in his actions could have changed the officers’ response very immediately, so that’s one of those things that our training gives us, we rely on that to decide how we’re going to react,” Simons said.

The 21-year-old man who drew his handgun was cited for brandishing a firearm. Another man in the altercation was cited for embarrassing the officers.