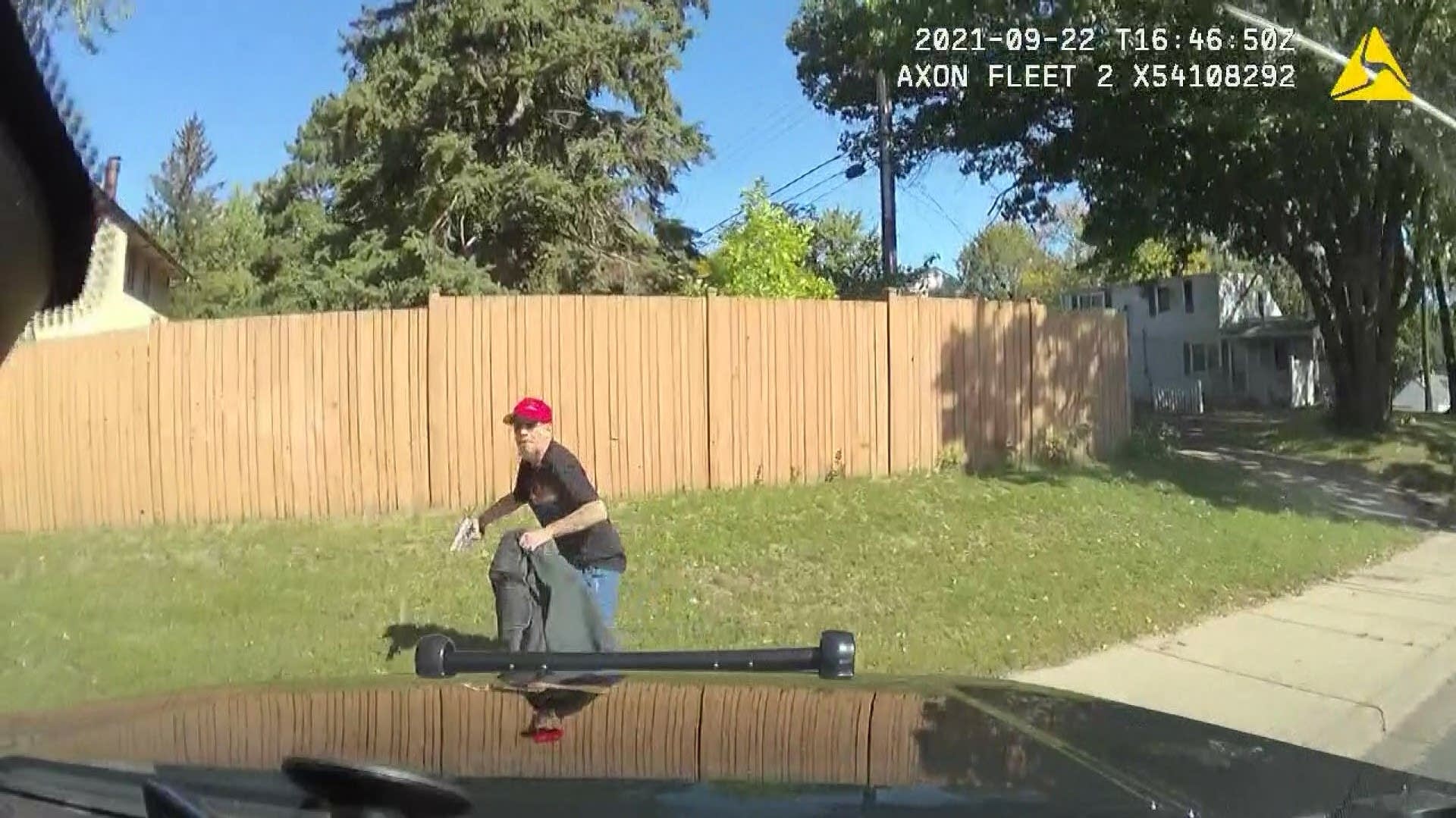 The Ramsey County Sheriff’s Office released video footage on Friday showing when a deputy hit and killed a man with his police car in late September.

Dash cam video shows the police car approaching Troy Allen Engstrom, 48, of Shoreview, Minnesota, after responding to a domestic assault report involving gunshots and a female victim in the AmericInn by Wyndham nearby.

The video shows the vehicle accelerating after the shots, but ends before the vehicle impacts Engstrom.

Engstrom died of several blunt injuries in HCMC on September 22.

Editor’s Note: A previous version of this article listed Engstrom’s race, an unnecessary detail in this context, and one that does not reflect newsroom policy.

You make MPR News possible. Individual donations are the source of the clarity of our reporters’ coverage across the state, the stories that connect us, and the conversations that offer insight. Help ensure that MPR remains a resource that brings Minnesotans together.

Make a donation today. A donation of $ 17 makes a difference.