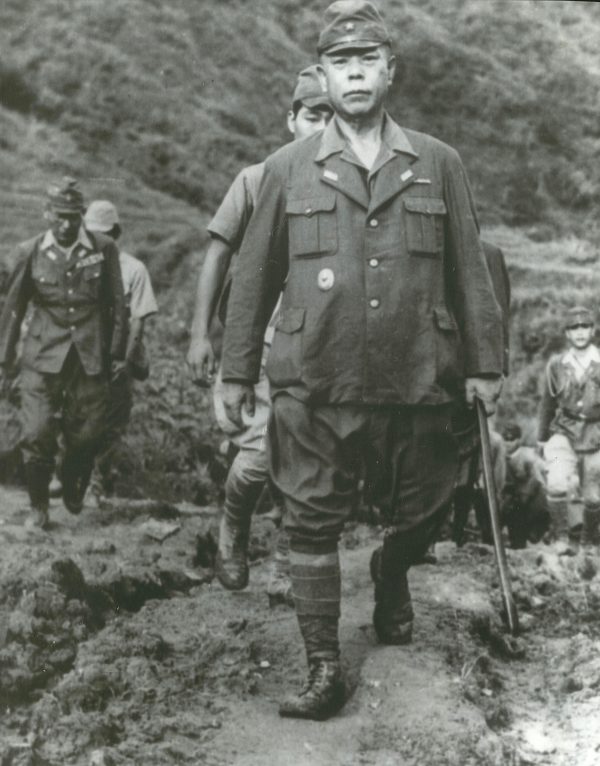 At the time, the defense of Manila was the most important event in the Pacific War from a law of armed conflict perspective.

While the Battle of Manila received less historical attention than the battles that immediately preceded and followed (Leyte, Iwo Jima and Okinawa), it has come to occupy an inordinate place in the law of armed conflict. In particular, the US decision to try and then execute General Tomoyuki Yamashita set a standard for war crimes prosecutions that remains controversial today.

Much of the legal work in the aftermath of the war was aimed at ensuring that Axis, and sometimes even Allied, crimes were subject to legal sanctions in the future. The course of the Pacific War provided much water for this effort, with particular attention given to the Japanese treatment of prisoners of war and interned civilians. The reflection on the American bombings of Japanese cities and the American refusal to take prisoners in combat will come later. Immediately after the Japanese surrender, the defense of Manila was the most important event in the Pacific War from a point of view of the law of armed conflict. Japanese behavior in Bataan and Corregidor had been at the heart of American media coverage of the war, and the Manila Massacre remained fresh in American (and Filipino) minds after the war ended.

Yamashita’s behavior has come under scrutiny. Yamashita had held firm in northern Luzon until September 2, two weeks after the cessation of hostilities between the Allies and the Imperial Japanese government. When Yamashita surrendered, he was quickly arrested and held for trial. US prosecutors have argued that Yamashita was responsible for massacres by Japanese forces against civilians in Manila. The almost complete annihilation of the Manila garrison was not considered sufficient for the demands of justice.

Yamashita’s defense was based on a simple argument: while the general did not declare Manila an open city (as MacArthur did in 1942), he gave orders for the evacuation of Japanese military forces from its surroundings. . Yamashita’s subordinates had thus disobeyed direct orders to evacuate Manila before the Americans closed the ring around the city. Although Yamashita did not directly order his forces to spare civilians, swift obedience would have made it impossible for troops to carry out massacres.

Learn about the story of the week and develop stories to watch from across Asia-Pacific.

The prosecution case rested on the idea that the very fact of Yamashita’s loss of control over his subordinates made him responsible for their behavior. As Japan’s supreme commander in Luzon, Yamashita was inherently responsible for keeping his troops in good order and ensuring that they did not violate the laws of armed conflict. Yamashita had failed in this responsibility by not taking sufficient steps to ensure the obedience of his subordinates, and was therefore legally responsible even though he was in another part of Luzon at the time. It did not help that Yamashita was also implicated in war crimes committed by Japanese soldiers in China during the Sino-Japanese War, and in the treatment of Allied prisoners of war in the countryside of Singapore and Malaysia.

the Americans wasted little time put Yamashita on trial; he entered the role in October 1945 and a death verdict was handed down in early December. Yamashita’s lawyers appealed the verdict and sought leniency from the US Supreme Court and President Harry Truman, which was denied. Yamashita was hanged in the Philippines in February 1946, long before the opening of the Nuremberg trials or the Tokyo War Crimes Tribunal. While the execution remains questionable in the sense that there are good arguments on either side, there is no doubt that it represented “victor’s justice” in the sense that it touched on specific American and Filipino sensitivities regarding the execution. occupation of the Philippines.

The notion of “command responsibilityHas been more or less codified in various texts on the law of armed combat since the late 1940s, and has been applied to a wide variety of situations. The idea that commanders can be held legally responsible for the activities of their troops, despite the absence of direct orders, has come to be known as the Yamashita Standard. The tribunals in Nuremberg, Yugoslavia and Rwanda have all invoked the idea of ​​command responsibility, while some commentators have argued that it could easily be applied to US political and military leadership during the global war on terrorism. It remains one of the most enduring legacies of the Pacific War and the liberation of the Philippines.