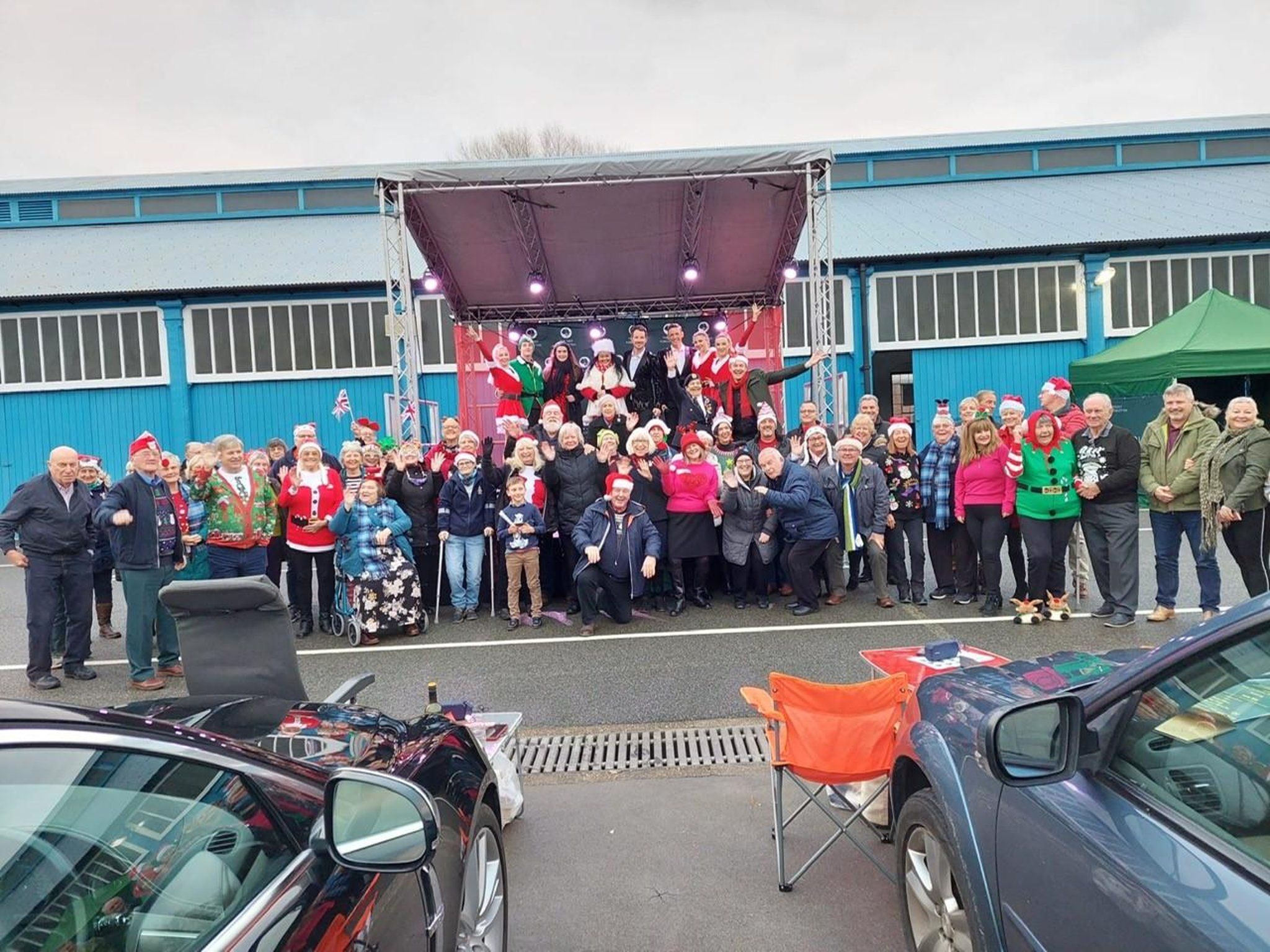 Over 100 locals and their guests enjoyed the festivities at the Jingle Bell Rock concert, hosted by the British Armed Forces charity The Not Forgotten.

The event was subject to strict Covid-19 measures, but still brought festive fun to everyone involved.

Brigadier James Stopford, CBE, CEO of The Not Forgotten said that despite traditional Christmas plans being suspended, the party was a big success.

Register to our daily newsletter

Newsletter cut through the noise

Royal Navy and Armed Forces veterans enjoyed a Christmas concert at HMS Excellent, hosted by The Not Forgotten.

He said: “We improvised, adapted and overcame obstacles.

“We have brought much needed joy, fun and entertainment to those who have served our country by providing them with Christmas celebrations in advance.”

Performers performed a varied ensemble for guests at HMS Excellent, while enjoying interactive games and a roast pork.

The organizers aimed to boost the morale of residents struggling with loneliness and isolation.

Professional performers performed various Christmas carols while veterans enjoyed the spectacle in and around their cars.

Guests were able to dance the afternoon safely, as every bubble was socially distanced.

Interactive games such as ‘singo bingo’ and a license plate raffle were held and roast pork was served to everyone.

The Not Forgotten charity has organized several concerts across the UK.

They support the Armed Forces community by organizing social events and challenge vacations to combat isolation and loneliness.

Current and former members of the armed forces can find out more about the charity on their website or by calling 0207 730 2400.

A message from the editor, Mark Waldron

Subscribe here for unlimited access to all of our coverage, including Pompey, for just 26p per day.