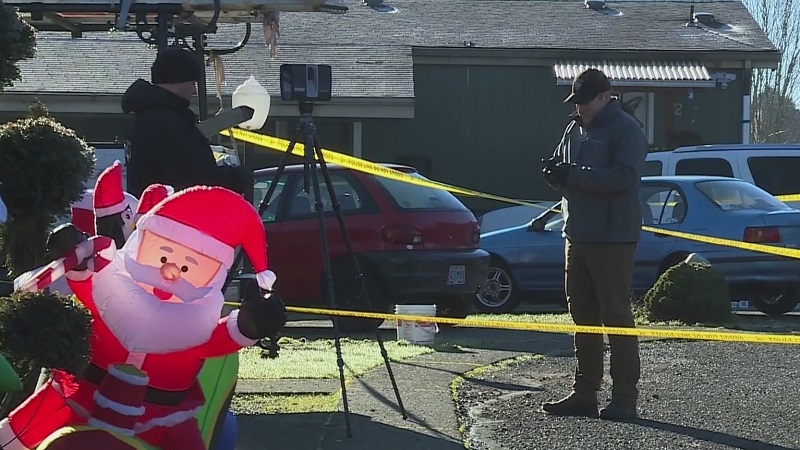 Residents, including children, escaped through the bedroom window, police said

PORTLAND, Ore. (KOIN) — A knife-wielding man was fatally shot by Vancouver police after confronting them during a disturbance at a mobile home park in the early hours of Sunday, authorities said.

The police were called around 12:25 a.m. to a residence in Sky Ridge Estates Mobile Home Park, near NE 59th and 131st. A resident said a man they knew was inside their home and armed with knives, police said. The appellant and several other people, including 2 children, locked themselves in their room.

The gunman also allegedly started a fire in the house. Authorities said officers smelled something burning when they arrived.

People who locked themselves in their rooms escaped through the windows, police said. The gunman came out of the house and confronted the officers with a knife.

It was then that police fired a “less lethal” 40mm bullet at the man, police said, but it did not deter him. According to VPD, the police then “deployed their firearms to prevent the suspect from harming anyone”.

The man was rushed to hospital after being shot but did not survive his injuries, authorities said. He was publicly identified Tuesday as Luis A. Ku Huitzil, 45, whose residence was not known. He died from multiple gunshot wounds, officials said.

No one else was injured, officials said.

“The bullets went right by the room”

A family’s home surveillance camera captured the moments police said the man tried to attack officers with a knife before being shot dead. Several officers can be heard yelling at the man to drop the knife.

The video shows the man brandishing the knife. A second later, officers fired the shots that killed the suspect.

Cielo Garfias and his family shared the surveillance video with KOIN 6 News. She did not want to speak in front of the camera because she is too shaken by what happened. She started crying while speaking with KOIN 6 News over the phone.

“The bullets went right by the bedroom where my mum was sleeping and it was so close,” Garfias said. “My mom, she was, like, ‘Get down, get down!’ because, like, what if they keep shooting?

Neighbor Xavier Hernandez told KOIN 6 News they heard “four separate gunshots. We just heard ‘bap bap bap bap’ and you know I came out to see what it was. But I thought it was from a neighborhood there because I wasn’t expecting it to happen here, so I was, like, what is it?

Four officers were involved in the shooting, including one who fired the “less lethal” bullet, VPD said. The officers were not named and the department said they were furloughed, a common practice after shootings involving officers.

“It’s sad that this had to happen, especially in the area where we live,” Hernandez said. “We have children around.”