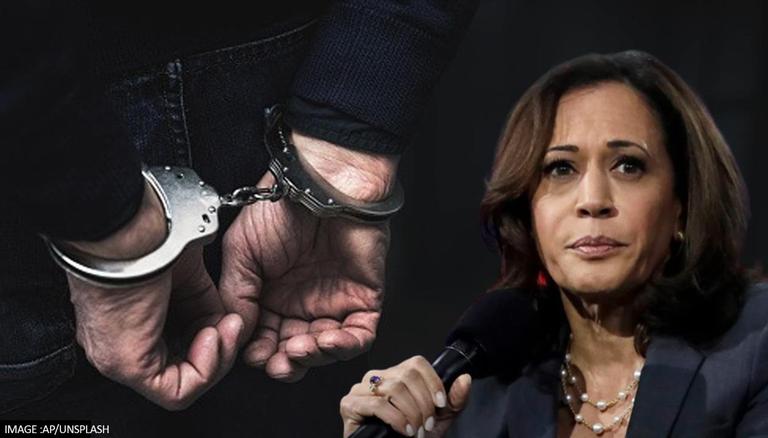 US military officials said two people, at least one of whom was armed, bypassed a security checkpoint shortly after US Vice President Kamala Harris and four Cabinet members landed at a military base in Maryland. Following the incident, Joint Base Andrews was quarantined. Joint Base Andrews is a military base in Prince George’s County, Maryland, home to many presidential jets used by the US President and Vice President to travel to and from Washington.

“(The) guards stopped the shuttle that journalists were riding from the terminal. They had guns and searched our van,” said Scott Detrow, a NPR White House reporter who is now on the site as the vice president’s press pool reporter.

When the incident began, US President Joe Biden was not present, and Vice President Kamala Harris and her husband, Second Gentleman Doug Emhoff, had boarded Marine Two for the Naval Observatory. The four Cabinet secretaries traveling with Vice President Harris, according to a White House official, were safe off base.

“We are still in our shuttle, and we are still awaiting any sort of official statement on the extent of what is happening at JBA at the moment. A guard who searched our shuttle told us that it was a confirmed ‘armed individual’ but no shots fired,” Detrow noted in his pool report.

According to reports from the pool, a suspect has been detained at the Joint Base Andrew military installation, the base has been cordoned off following the security breach and an investigation is ongoing. The US vice president had come to Selma earlier in the day to mark the 57th anniversary of the civil rights march over the Edmund Pettus Bridge.

In a similar incident, an intruder at the base had boarded a jet used by senior government officials and military officers in February 2021. The intrusion prompted authorities to request a security screening of all air force bases around the world. Additionally, in 2016, the base was locked down after rumors of an active shooter, which forced the cancellation of Vice President Joseph R. Biden Jr.’s flight to Ohio. It happened the same day the base was planning active fire training. Later, a shooter’s reports turned out to be wrong.