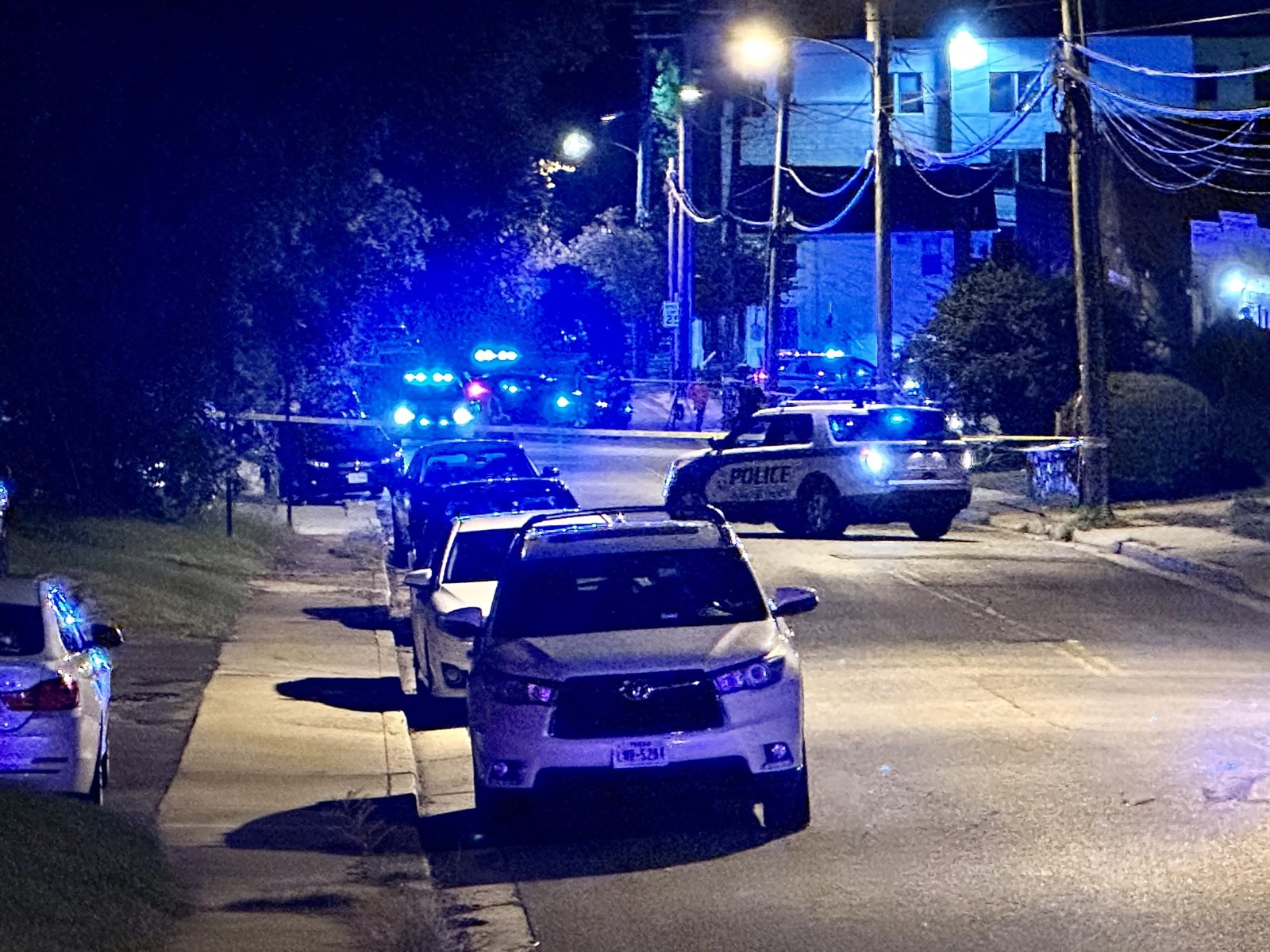 (Updated at 3:30 p.m.) A man believed to be armed and firing shots in the Green Valley neighborhood has been hospitalized after what police call an “officer-involved shooting.”

Officers swarmed the neighborhood after a dispatch shortly after 7:35 p.m. for a man sitting outside a house and firing shots at the Block 2100 of S. Shirlington Road. It is unclear what he was shooting at until police arrived on the scene.

A chaotic series of transmissions on the police dispatch channel followed, including officers saying shots were being fired, the suspect was walking down the street and not dropping the gun, the sound of screams and potential crossfire warnings. Shortly after, the suspect was reportedly shot dead.

Police and the suspect fired shots, according to the Arlington County Police Department.

“ACPD responded to the 2100 block of Shirlington Rd for the gunfire report,” the department said. “The officers who arrived made contact with an armed suspect. The suspect and officers discharged firearms. The suspect was transported to an area hospital. No officer was injured. »

Police later said the man was expected to survive.

“The suspect, an adult male, is in stable condition in hospital,” the ACPD said. “There are no outstanding suspects related to this incident. There is no apparent continuing threat to the community.

The Critical Incident Response Teamcreated by the Northern Virginia Police and Sheriff’s Agencies to investigate police shootings and other “critical incidents” involving law enforcement, “will lead the criminal investigation into the shooting involving an officer tonight,” a said the ACPD.

Several blocks of Shirlington Road remained closed for an extended period. S. Glebe Road was temporarily closed during the incident.

The ACPD issued the following press release Saturday afternoon, identifying the suspect as a 44-year-old man from Maryland.

A Maryland man is facing charges following an investigation into shots fired in the Green Valley neighborhood that resulted in a shooting involving an officer. El-Amin Mutee, 44, of Waldorf, MD is charged with brandishing and felony possession of a firearm. Additional charges are pending.

At approximately 7:36 p.m. on October 14, police were dispatched to the 2100 block of Shirlington Road to the report of multiple gunshots. Responding officers met the armed suspect on the roadway and ordered him to drop his weapon. The suspect refused to obey the officers’ orders and raised the firearm. Two officers then discharged their firearms, wounding the suspect. Officers administered first aid and the suspect was transported to hospital where he remains in stable condition. The suspect’s firearm was recovered from the scene and preliminary investigation confirmed that shots had been fired. No officers or members of the community were injured as a result of the incident.

At the request of Chief Andy Penn, the regional Critical Incident Response Team (CIRT) was activated to investigate the incident. Following completion of the investigation by the CIRT, the investigation file will be forwarded to the Commonwealth Attorney’s Office for independent review. In accordance with departmental policy, the two officers have been placed on routine administrative leave.

There is no continuing threat to the community related to this incident. This remains an active criminal investigation and anyone with information related to this incident is asked to contact CIRT through the Arlington County Police Department hotline at 703-228-4180 or [email protected] Information may also be reported anonymously through the Arlington County Crime Solvers Hotline at 1-866-411-TIPS (8477).

MAN WITH GUN, SHOTS FIRED IN ARLINGTON— 2100 blk Shirlington Road in the Green Valley area. It is not known if the police also fired. The caller said the shooter had fired before police arrived. Police cordoned off the area while they located the shooter. @ARLnowDOTcom pic.twitter.com/QXSkvBjtkU

Breakup: After @ArlingtonVaPD responded to a report of a man firing shots on Shirlington Rd off Glebe Rd, there was a report of more gunfire when police arrived. Apparently the suspect is down and no police were hurt. #police @ARLnowDOTcom @RealTimeNews10