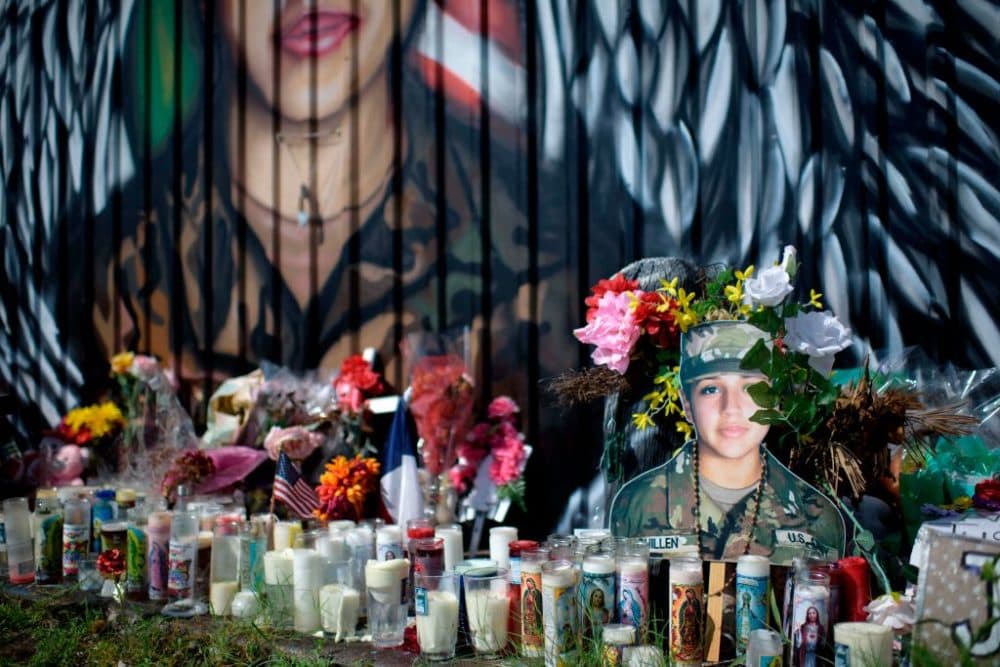 I still haven’t figured out how to celebrate Veterans Day. I have deeply complicated feelings about my time in service, a time that included both the best and the worst experiences of my life.

I joined the army at the age of 17. In my two years of service, I have accomplished a great deal. I received two medals of honor from the army, I was promoted to the rank of specialist (in 18 months) and I was appointed carrier of the Guidon of my company. I finished airborne school and became a parachutist – my favorite part of my military experience. I also met a lot of amazing people, some of whom are still good friends.

But it is difficult to remember and celebrate these things, because of the painful experiences that I have endured. During my service, I have survived numerous incidents of sexual violence, also known as military sexual trauma (SST).

The sexual harassment started almost immediately when I arrived in my unit. In my first week I heard that I was “fresh meat” from a friend – he explained that several soldiers were talking about how they wanted to connect with me. My fellow soldiers asked me “what I liked in bed,” sent me texts urging me to send nude photos, and viewed my accomplishments as a reward for oral sex. I didn’t know how to react to all of this, so I stayed silent.

I was abused as a kid and it made me hesitate to confront people or make a report – I didn’t trust the legal system to work as it didn’t when I was a teenager. When I heard the sexist comments people were saying about female soldiers who reported incidents of sexual harassment, it only solidified my decision to remain silent. There was no repercussion for the abuse, and survivors had to face backlash for reporting. How can I trust leaders to act on my behalf?

When I heard the sexist comments people were saying about female soldiers who reported incidents of sexual harassment, it only solidified my decision to remain silent.

I felt on edge. I felt isolated. I developed an eating disorder and tried to get out of it by hurting myself. I had few friends during this dark time – and one of them took advantage of my poor sanity and raped me. Again, I chose not to report the assault. I was concerned that this would force hospital staff to carefully examine my body for an evidence collection kit, which would have revealed my self-harm scars.

I had internalized the stigma of mental health. I believed that asking for help, whether it was to report my rape or to seek mental health treatment, would lead to my dismissal from the service. At the time, I couldn’t see myself anywhere else. I didn’t have a back-up plan. So I was silent.

In the end, it was the fear that I was risking suicide that ultimately prompted me to come forward – to file a report.

My story is not unique. You will see many of the same elements present in the stories of countless other survivors. We have known for decades (beginning with the Tailhook scandal of 1991) of the rape culture that exists within the ranks of our armed forces, the ineffectiveness of the reporting and justice system handling these cases, and the lack of resources for them. survivors during their time on duty. .

Each successive scandal has given rise to investigations, legal proceedings against the perpetrators and even a restructuring of the reporting and the legal process. So why does this keep happening?

One of the problems is that military commanders – who often lack legal training – still make important decisions about which cases move forward and which do not. As of 2013, there has been a bill that would move these cases out of the chain of command to criminal justice lawyers. The most recent version of the bill is known as the Improving Military Justice and Increasing Prevention Act 2021.

It could eventually pass, in part because of the murder of US Army soldier Vanessa Guillen. She did not report any incidents of sexual harassment prior to her death as she believed the reporting process would fail her. I cried when I read her parents recounting her experience, because she was so familiar to mine.

After I finally filed a complaint, I was referred to the medical retirement leave process. It took eight months for my discharge to be completed. During this time, I still occasionally had to work with my abuser. After leaving my company, I learned that he had returned to his old job, as if nothing had happened. When I called my battalion’s legal team, I was told that they had referred my attacker for a unit transfer, but because the decision rested with my battalion commander, nothing could be done.

Since 2013, there has been a bill that would move these cases out of the chain of command to criminal justice lawyers.

If the bill – the Improved Military Justice Act – had been law during my service, the decision about what would happen to the person who assaulted me would have been enforced by a legal official. It would have shown that there are consequences to sexually attacking another soldier. This would have allowed for some level of military sexual trauma prevention, even if it would only tackle one factor in the military rape culture.

This law needs to be passed, but it should only be the start of a larger overhaul, because we know that punitive measures alone will not prevent sexual violence.

The ultimate goal is to eradicate the culture of rape from the military. The military shouldn’t have to live in fear of their own comrades in arms, and we shouldn’t rest until sexual violence in our armed forces is a thing of the past.