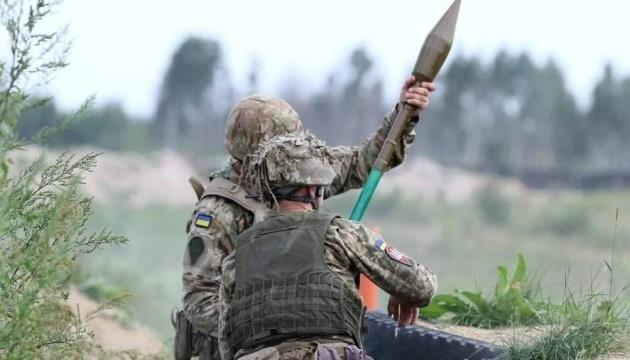 This is stated in the report of the General Staff of the Armed Forces of Ukraine at 6:00 p.m., September 6, posted on Facebook.

Russian troops continue to focus their efforts on establishing full control over the territory of the Donetsk region, holding captured districts of Kherson, part of Kharkiv, Zaporizhzhia and Mykolaiv regions.

The enemy intensively carries out aerial reconnaissance with drones, tries to improve the logistical support of its troops.

There is still a threat of air strikes and missiles throughout Ukraine.

According to information from the General Staff, the situation in the Volyn and Polissia directions has changed significantly.

In other directions, the enemy bombarded military and civilian infrastructure with tanks, combat vehicles, guns and rockets.

In the direction of Siversky, Russian troops shelled civilian and military infrastructure in the localities of Khrinivka in the Chernihiv region and Nova Huta, Sopych and Myropillia in the Sumy region.

In the direction of Sloviansk, the invaders did not carry out active offensive actions. Dolyna, Krasnopillia, Mazanivka, Dmytrivka, Brazhkivka and Dovhenke came under enemy fire.

In the direction of Avdiivka, Russian troops bombarded Avdiivka, Opytne and Pervomaiske with mortars and tube artillery.

In the southern direction of Buh, Russian troops opened fire along the line of contact. In addition, the enemy continued to actively conduct aerial reconnaissance with drones, making more than 50 sorties.

It was established that due to heavy losses, the number of enemy units, withdrawn to restore combat capability, increased. Units of private military companies are forced to be replenished from prisoners in the temporarily occupied territories of the Donetsk and Luhansk regions. According to data from the General Staff, these people are offered amnesty, Russian citizenship and monetary payments for their participation in the war against Ukraine.

It is emphasized that the units of the Defense Forces hold their positions and do not give the enemy the opportunity to advance deep into Ukrainian territory.

During the day, in support of the actions of the ground groups, the aviation of the Ukrainian Defense Forces launched more than eight strikes which destroyed military equipment, air defense systems and a significant number of personnel in strongholds in the directions of Donetsk and southern Buh.

It is reported that the missile troops and artillery of the ground troops continue to carry out tasks of fire damage to personnel and military equipment, counter-battery combat, disruption of the control system of the enemy and logistical support.

Six enemy checkpoints, including at the corps level, were damaged and three groups of the invaders’ manpower were destroyed. According to the General Staff, nine air defense systems were in the affected area. The results are being verified.

As noted, from February 24 to September 6, the defenders of Ukraine eliminated about 50,150 Russian invaders, destroyed 2,077 tanks, 4,484 armored personnel carriers, 1,179 artillery systems and other enemy equipment .