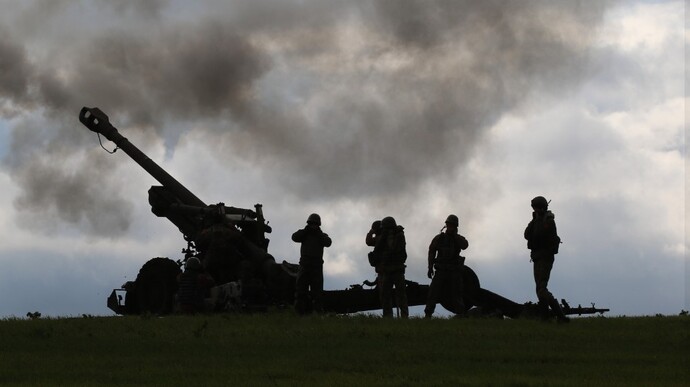 Over the past 24 hours, Ukrainian armed forces have repelled Russian attacks near eight towns and villages in Donetsk and Luhansk oblasts and hit a unit of the Akhmat battalion [a Chechen military unit – ed.] in Lysychansk.

Source: General Staff of the Armed Forces of Ukraine on Facebook, information at 06:00 on November 7

Ukrainian forces struck a unit of the Akhmat battalion in Lysychansk, killing 30 soldiers and wounding 15 others. Russia takes great pains to conceal the extent of its losses in Ukraine.

Ukrainian forces also carried out an attack on a group of Russian military equipment in Horlivka (Donetsk Oblast), destroying 5 and damaging 4 armored combat vehicles. Up to 30 Russian soldiers are killed and 120 are injured daily in the vicinity of Maiorsk (Donetsk Oblast).

Over the past 24 hours, Russian forces have carried out 4 missile strikes and 24 airstrikes, as well as more than 55 attacks using Multiple Launch Rocket Systems (MLRS).

There were no significant changes to the Volyn and Fronts of Polissia.

On other fronts, the Russians continued to fire on military and civilian targets:

Russian occupying forces continue to grossly violate the laws and customs of war in their treatment of civilians. The Russians are looking for sabotage groups and artillery spotters in Kakhovka (Kherson Oblast). Detainees are taken to Hornostaivka and forced to testify under torture. Similar events are taking place in Borivske and Shchedryshcheve (Luhansk Oblast), where Russian forces conduct extensive searches, seize civilians’ mobile phones, kidnap people and take them to an unknown location.

Russian occupation forces in civilian clothes enter the homes of civilians in Kherson and equip the positions to conduct street fighting inside. Meanwhile, Russian propaganda media are gearing up to report on alleged attacks on civilians by Ukrainian defense forces.

Over the past 24 hours, Ukrainian aircraft have carried out 22 airstrikes on Russian forces, hitting 20 groups of military personnel, weapons and equipment and 2 air defense systems. Ukrainian Air Defense Forces shot down 5 Russian drones.

Journalists are fighting on their own front line. Support Ukrainska Pravda or become our patron!