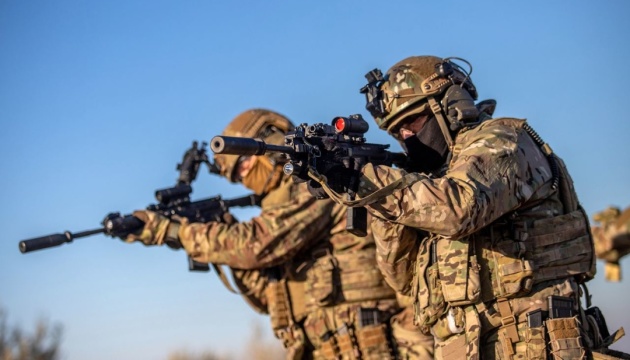 Ukrainian soldiers managed to repel the enemy onslaught in the direction of Dovhalivka – Zalyman. The occupants withdrew.

This is stated in the latest report of the General Staff of the Armed Forces of Ukraine on the Russian invasion at 06:00 on June 28, posted on Facebook.

In the Volyn and Polissya directions, the Armed Forces of the Republic of Belarus conduct scheduled communication exercises with the participation of checkpoint communication points.

In the direction of Siversky, the aggressor fired artillery tubes and rockets into the Pokrovka, Starykove, Porozok and Verkhnya Pozhnia regions, Sumy region. The enemy used the Orlan-10 drone to reconnoitre Ukrainian positions in the border areas of the Chernihiv region.

In the direction of Kharkiv, enemy troops are concentrating their main efforts on preventing the advance of Ukrainian troops towards the state border of Ukraine, continue to conduct assault operations to improve the tactical situation and hold back actions units of the Ukrainian Defense Forces.

The enemy launched an airstrike near Yavirske and fired artillery at infrastructure elements near Kharkiv, Ruska Lozova, Staryi Saltiv, Peremoha, Chepil and Milova.

The invaders fired artillery and MLRS at the positions of Ukrainian troops, used drones to reconnoiter the situation near the village of Hrushuvakha. The Ukrainian defenders resolutely stopped the enemy’s attempted assault in the direction of Dovhenke – Dolyna and pushed the enemy back.

The enemy did not take active action in the direction of Kramatorsk. The invaders fired artillery cannons at Mayaky and Tetianivka.

In the direction of Lysychansk, in order to inflict casualties, the occupiers fired mortars and artillery, launched airstrikes in the Mykolayivka and Yakovlivka areas.

The enemy conducts assault operations in the direction of Vovchoyarivka and the southern outskirts of the Lysychansk oil refinery. The fighting continues.

The enemy does not despair of taking control of the Bakhmut-Lysychansk highway. To detect the firing positions of the Ukrainian units, the invaders carried out combat reconnaissance in the direction of Mykolayivka – Spirne, and then launched an offensive in this direction. Ukrainian soldiers managed to suppress all these attempts and forced the enemy to retreat.

In the direction of Bakhmut, the occupiers fired artillery at the areas of Kostiantynivka, Bilohorivka, Vyimka, Pokrovske, Bakhmut and Soledar. The enemy is also conducting assault operations in the direction of Myronivka – Vuhlehirsk TPP, fighting continues.

In the Avdiivka, Kurakhove, Novopavlivsk and Zaporizhzhia directions, the enemy did not take active action, firing artillery tubes and rockets at the areas of Vodiane, Avdiivka, Katerynivka, Komar, Shcherbaky, Zelenyi Hai and Novodanylivka. The Russians launched airstrikes near Kamyanka, Avdiivka and Shevchenko.

Ukrainian soldiers repelled the assault in the direction of Yehorivka – Pavlivka. The enemy retreats, suffering casualties.

In the southern direction of Buh, the enemy is concentrating its main efforts on holding the previously occupied borders, preventing Ukrainian troops from carrying out counteroffensive operations in the Kherson and Mykolaiv regions. In order to thwart the regrouping of units of the Ukrainian Defense Forces, the enemy fired artillery and MLRS at the Ukrainian positions. The aggressors launched an airstrike near the village of Potiomkyne.

In the northwestern part of the Black Sea, the Black Sea Fleet Naval Group continues to block naval communications and reconnaissance. Two Kalibr sea-launched cruise missile carriers are on alert.

The Ukrainian Air Force assault plane launched powerful airstrikes on the positions of the occupiers. In practically all directions, Ukrainian Su-25 assault planes and Su-24m bombers flew up to twenty group combat sorties.