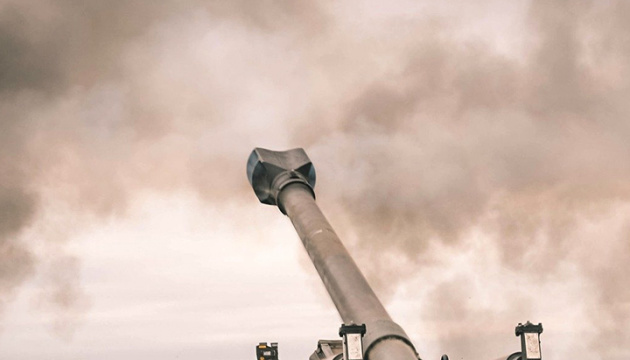 The Ukrainian army repelled enemy offensives in the directions of Sloviansk, Bakhmut and Avdiivka.

This is according to the latest report of the General Staff of the Armed Forces of Ukraine at 06:00, August 25, posted on Facebook.

The situation remained unchanged in the Volyn, Polissya and Siversky directions.

In the direction of Kharkiv, the enemy opened fire from tanks, combat vehicles, tube and rocket artillery along the line of contact.

In the direction of Sloviansk, the areas of Velyka Komyshuvakha, Nova Dmytrivka and Brazhkivka came under fire from tube and rocket artillery. The enemy attacked the Pasika-Dolyna direction, did not succeed, retreated.

In the direction of Kramatorsk, tank, tube artillery and MLRS shelling was recorded near Spirne, Ivano-Daryivka, Zvanivka, Serebrianka and Siversk.

In the direction of Bakhmut, the enemy attacked the regions of Bakhmut, Soledar, Vesela Dolyna, Mayorsk, Shumy, Zaitseve, Bilohorivka, Kodema and Yakovlivka. The enemy launched air strikes near Soledar and Zaitseve and made unsuccessful attempts to go on the offensive towards Travneve-Kodema.

In the direction of Avdiivka, the enemy hit the Pokrovsk, Netaylove, Pervomaiske, Orlivka, Vodiane, Novobakhmutivka, Shumy and New York regions. Enemy aircraft operated near Marinka, Krasnohorivka and Nevelske. The enemy tried to launch an offensive in the direction of Pisky-Pervomaiske, but was unsuccessful and retreated.

In the direction of Novopavlivka, the enemy opened fire from tanks and artillery of various types near Pavlivka, Yelyzavetivka, Kostiantynivka, Vuhledar, Volodymyrivka, Novomykhailivka, Novoukrainka and Velyka Novosilka. The enemy also launched airstrikes near Volodymyrivka, Vuhledar and Pavlivka.

In the southern direction of Buh, the occupiers fired at Ukrainian positions and civilian infrastructure from tanks, rocket tubes and artillery along the line of contact. An airstrike was launched near Bila Krynytsia.