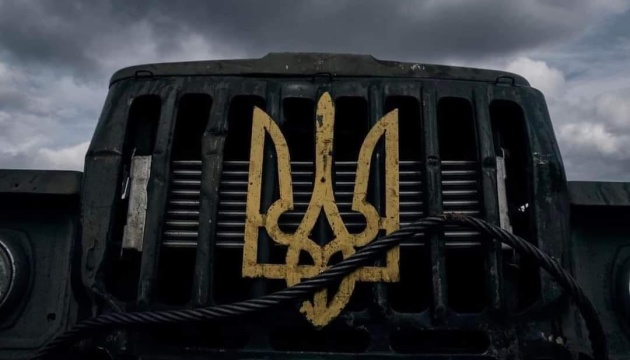 During the past day, Ukrainian troops repelled Russian attacks near Bilohorivka in Luhansk region and Bakhmut, Ivanhrad, Soledar, Mayorsk, Krasnohorivka and Marinka in Donetsk region.

This is stated in the report of the General Staff of the Armed Forces of Ukraine at 06:00, October 27, posted on Facebook.

As noted, the enemy tries to hold temporarily captured territories, concentrates its efforts on limiting the actions of the Defense Forces in certain directions, while continuing offensive operations in the Bakhmut and Avdiivka directions.

During the past day, units of the Defense Forces repelled Russian attacks near Bilohorivka in the Luhansk region and Bakhmut, Ivanhrad, Soledar, Mayorsk, Krasnohorivka and Marinka in the Donetsk region.

The enemy shells the Ukrainian positions along the line of contact, fortifies its positions in certain directions, in particular on the left bank of the Dnipro, actively carries out aerial reconnaissance.

In violation of international humanitarian law and the laws and customs of war, the Russian occupiers continue to destroy critical infrastructure and civilian homes.

During the past day, the enemy launched 18 airstrikes, four missile strikes and 56 MLRS attacks.

The situation in the Volyn and Polissia directions has not changed significantly.

In the direction of Slobozhansky, mortars, tubes and rockets were fired from the territory of the Russian Federation at the areas of the settlements of Chuhunivka, Strilecha, Dvorichna, Kamyanka, Krasne and Starytsia.

In the direction of Kupyansk, tanks, mortars, cannons and rockets were fired into the areas of Berestove, Kyslivka, Kotliarivka and Fyholivka.

In the direction of Bakhmut, tanks and artillery rockets were fired into the settlement areas of Andriivka, Bakhmut, Bakhmutske, Soledar, Mayorsk, New York, Yakovlivka, Zelenopillia and Ozarianivka.

In the direction of Avdiivka, the enemy inflicted fire damage in the areas of the settlements of Marinka, Vodiane, Novomykhailivka, Pervomaiske, Avdiivka, Krasnohorivka, Oleksandropil and Novokalynove.

In the southern direction of Buh, areas of 20 settlements, not far from the line of contact, came under fire. Nikopol was hit by an artillery rocket.