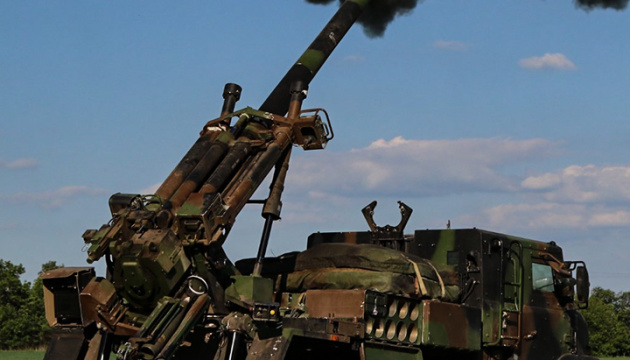 Over the past day, Ukrainian defenders repelled enemy attacks near 13 settlements, the Defense Force Air Force launched 33 strikes against the invaders.

This is stated in the report of the General Staff of the Armed Forces of Ukraine at 06:00, September 26, posted on Facebook.

“The enemy continues to concentrate its efforts on attempts to fully occupy the Donetsk region and hold the captured territories, as well as to disrupt the active actions of the Defense Forces in certain directions. The invaders are firing on the positions of our troops along the line of contact, trying to retake lost positions in certain directions, carrying out aerial reconnaissance, launching strikes on civilian infrastructure and residential buildings, in violation of the norms of international humanitarian law, the laws and customs of war. There is a threat of air strikes and missiles throughout the territory of Ukraine,” the report read.

The situation in the Volyn and Polissia directions has not changed significantly.

In other directions, the occupiers opened fire from tanks, mortars and cannon artillery:

In the direction of Siversky: near the village of Oleksandrivka of the Sumy region;

In the direction of Avdiivka: Avdiivka, Opytne, Pervomaiske, Novomykhailivka, Paraskoviivka;

In the direction south of Buh: more than 27 settlements near the line of contact came under artillery and mortar fire.

The General Staff notes that a partial mobilization is underway in the Russian Federation. The enemy is also taking similar measures in the temporarily occupied territories of Ukraine. On September 24, the training of mobilized personnel began in Sevastopol at the base of the automobile battalion of the Black Sea Fleet. In the city of Svatove, in the Luhansk region, summonses to mobilization are given to people aged 18 and over. Truckers are immediately sent to military units.

At the same time, the Russians are trying to organize the announced illegal “referendum” in the temporarily occupied territories of Ukraine. Thus, in the populated settlements of the Zaporizhzhia region, representatives of the occupation authorities, accompanied by armed Russian soldiers, go to apartments, forcing local residents to participate in the so-called “referendum” and identifying men in same time. The same measures are taken in the Luhansk region.

According to data from the General Staff, the occupants continue to suffer losses. Another accurate strike on the buildup of enemy equipment in Kherson was confirmed on September 24. According to preliminary data, the enemy lost up to 10 units of military equipment; personnel losses are being clarified.

Photo credit: General Staff of the Armed Forces of Ukraine