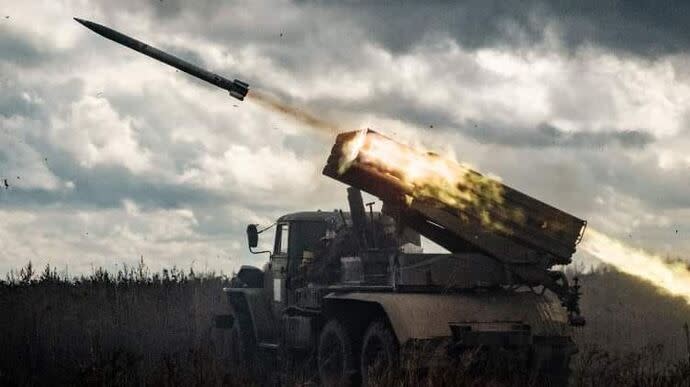 PHOTO: STAFF OF THE ARMED FORCES OF UKRAINE

During the day, the Armed Forces of Ukraine repelled the attacks of the invaders near the settlements of Vyimka, Bakhmutske, Bakhmut, Maiorsk ta Novomykhailivka.

Source: evening summary by the General Staff of the Armed Forces of Ukraine

Details: Units of the rocket and artillery forces of the Ukrainian army hit 2 checkpoints, 12 clusters of manpower, weapons and military equipment, as well as 10 other important enemy installations.

Fighter jets carried out more than ten strikes during the day. The destruction of 9 areas of concentration of weapons and military equipment, as well as 2 enemy anti-aircraft missile systems has been confirmed. In addition, Ukrainian air defense units shot down seven drones; six of them are made in Iran.

On the fronts of Volyn and Polissia, the situation has not changed much.

In other directions, the Russians carried out attacks:

on the Avdiivka front – near the settlements of Avdiivka, Pervomaiske, Vodiane, Krasnohorivka, Marinka and Novomykhailivka.

On the front of Pivdennyi Buh, The Russians continue to implement measures to regroup and withdraw their units. They attacked more than 25 settlements along the line of contact – in particular Velyke Artakove, Bilohirka, Blahodativka, Andriivka, Novohrednieve, Sukhyi Stavok, Luch, Stepova Dolyna, Soldatske, Pravdyne and Myrne.