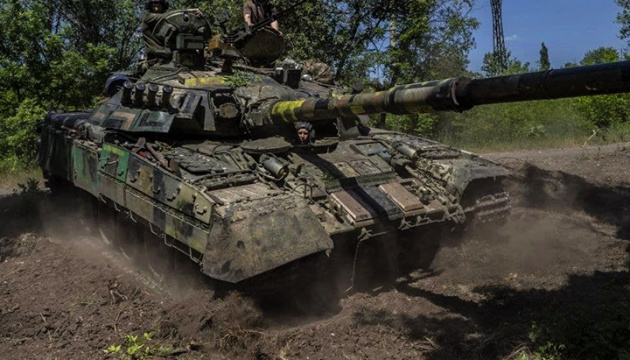 This is according to the latest report of the General Staff of the Armed Forces of Ukraine at 6:00 p.m. on June 15, published on Facebook.

As noted, in the Volyn and Polissya directions, Belarusian troops continue to equip their positions in the border areas of the Pinsk district of the Brest region. The threat of missiles and air strikes from the territory of the Republic of Belarus remains.

In the direction of Siversky, the enemy fired mortars at Ukrainian positions in the border areas of the Sumy and Chernihiv regions. “To identify the position of our units and adjust the fire, the invaders carried out aerial reconnaissance. The enemy used electronic warfare systems to jam the control and communication system of the Ukrainian Defense Forces,” it reads. in the report.

In the direction of Kharkiv, the main enemy efforts are still focused on holding the occupied borders, preventing the advance of Ukrainian troops towards the state border of Ukraine north of Kharkiv.

The enemy did not take active action in the direction of Lyman, fired artillery at Ukrainian units.

In the direction of Bakhmut, the enemy fired on Ukrainian troops, using tube and rocket artillery. Ukrainian soldiers inflicted losses on the enemy during his offensive in the Vasylivka – Yakovlivka and Vasylivka – Berestove directions. The enemy retreated.

The enemy did not take active action in the Avdiivka, Kurakhove, Novopavlivsk and Zaporizhzhia directions. In order to restrict actions and prevent the deployment of Ukrainian troops in other directions, the enemy fired mortars, tubes and rockets.

The enemy continues to hold defensive positions in the Southern Bug and Tavriysky directions. The invaders are trying to reinforce their positions near Bezvodne and Ishchenka.

In order to counter the technical means of reconnaissance of the Ukrainian Defense Forces, the Russian invaders deployed an electronic warfare system in the Melitopol area.

“According to available information, changes have been revealed in the composition and size of enemy units operating on the territory of Ukraine. Thus, a battalion battle group of the 138th separate motorized infantry brigade of the Western Military District has joins the grouping of the occupying forces,” the General Staff said.

In addition, a battalion tactical group from the operational reserve, which was redeployed to Pervomaisk from the Kupyansk district, arrived at positions in the direction of Bakhmut. After the restoration of combat readiness, separate units of the 8th Combined Arms Army of the Southern Military District were launched in the Komyshuvakha and Popasna region.

The enemy continues to use enterprises in the temporarily occupied territories of the Kherson region to restore and repair damaged weapons and military equipment.