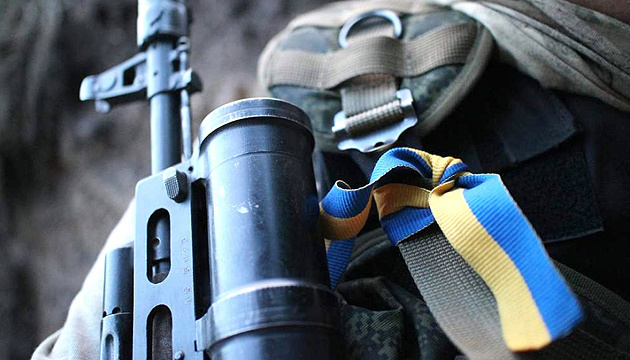 The Ukrainian Armed Forces are beginning to overtake the initiative of the Russian invaders in some areas.

“From 12:00, March 2, the Ukrainian armed forces begin to overtake the initiative of the Russian invaders in some areas. The enemy tries to maintain the combat effectiveness of its units, realizing that the “easy march” has failed. The enemy tries to avoid direct clashes not only with the Ukrainian army, but also with civilians who block the movement of its columns. Russian propaganda ceases to operate on Ukrainian territory, and the “liberators” realize that no one was expecting them here,” the Ukrainian Armed Forces General Staff posted on Facebook.

In particular, the enemy has lost the initiative in the direction of Volyn and is not actively acting.

In the direction of Polissia, the Russian occupiers continue their progress towards Makariv – Brusyliv – Fastiv; part of the forces – towards Kiev.

In the areas of Malyn and Irpin, the invaders lost their offensive rhythm, suffered heavy losses and were stopped at unfavorable lines.

In the direction of Chernobyl, the enemy tried to develop an offensive towards Demydiv and Irpin, but also lost offensive potential and stopped.

In the Zhytomyr region, the enemy is trying to deploy advanced units near Horenychy, Shpytky, Petrushky. At the same time, it deploys field and logistics camps near Borodianka, Katiuzhanka and Havronshchyna.

In the direction of Siversky, the 1st tank army and the 20th all-military army of the Armed Forces of the Russian Federation, which carried out offensive operations in the direction of Krasnohrad and Izium, Kharkiv region, to encircle the Ukrainian joint forces, took suffered losses and were stopped along the line of Bohodukhiv, Chuhuiv, Shevchenkove.

The enemy is stopped in the direction of Chernihiv.

In the direction of Nizhyn, the enemy moved to Nova Bashan, Kozelets.

In the direction of Donetsk, the enemy concentrated its efforts with the 1st, 2nd Army Corps and 8th Army to reach the administrative borders of the Donetsk and Luhansk regions. The enemy did not reach the goal, failed to block Mariupol.

In the south, the enemy tried to continue the offensive towards Zaporizhzhia, part of the forces – towards Mariupol.

In the Black Sea operational zone, the Russian occupiers are continuing preparations for a naval landing operation on the Ukrainian Black Sea coast (Zatoka, Odessa regions). The deployment of naval fleet groups at sea was observed.

The enemy is demoralized and continues to suffer losses in men and material. Since the beginning of the Russian invasion, the invader’s estimated losses amount to 5,840 people.