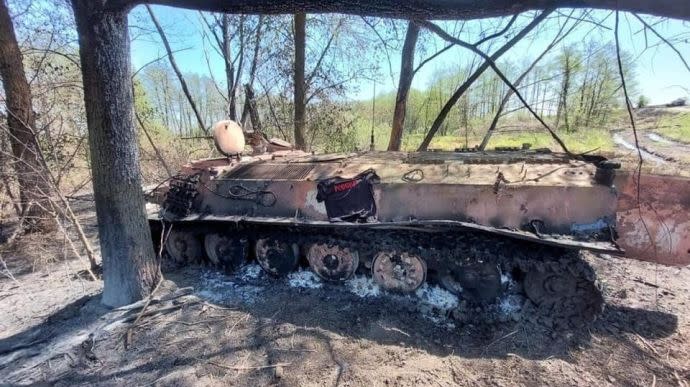 The situation on the Donetsk and Luhansk fronts is difficult, but the Ukrainian army repelled 18 Russian attacks in one day, destroyed 55 units of Russian military equipment and shot down a helicopter and drones.

At the same time, in the area covered by the Skhid [East] Operational-tactical group on May 12, 6 attacks are repelled.