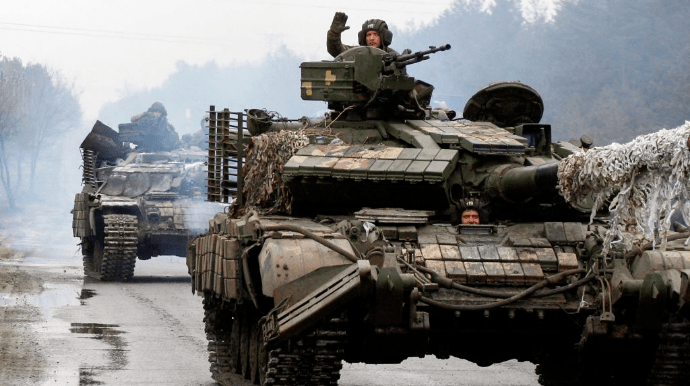 Ukrainian armed forces killed a number of Russian servicemen on the Zaporizhzhia front. Ukrainian intelligence reports that Ukrainian forces hit a convoy of Russian trucks heading towards Berdyansk; one of the trucks transported the bodies of soldiers killed in action to the Berdyansk crematorium.

Source: General Staff of the Armed Forces of Ukraine on Facebook, information at 06:00 on September 3

Details: In the past 24 hours, Russian forces carried out six missile strikes and more than 20 airstrikes on military and civilian targets, hitting the villages of Poltavka, Pryshyb, Peremoha, Khreshchenivka, Osokorivka and Bilohiria.

The General Staff reports that as night fell, Russian troops intensified their activity on the Fronts of Bakhmut, Avdiivka, Novopavlivka and Zaporizhzhia. Ukrainian armed forces repelled Russian attacks in the vicinity of Bakhmutske, Kodema, Zaitseve, Avdiivka, Mar’inka and Vremivka.

There has been no change to the Volyn and Polissia Fronts.

On the In front of SilvershchynaRussian forces fired on areas in and around Senkivka (Chernihiv Oblast) and Myropilske and Porozok (Sumy Oblast).

There were no significant changes to the before Slobozhanshchynawhere the Ukrainian armed forces defend their positions and prevent the Russians from advancing further into Ukrainian territory.

On the Sloviansk FrontRussian artillery shelled areas in and around Velyka Komyshuvakha, Karnaukhivka and Virnopillia, but the Russians did not undertake any offensive operations on this front.

On the Kramatorsk FrontRussian forces fired on areas in and around Raihorodok, Siversk and Spirne.

On the Bakhmut Facadethey used mortars, tank guns, and tube and rocket artillery to fire on areas in and around Soledar, Bakhmut, and Kodema.

The Russians fired on Avdiivka, Vodiane and Vesele on the In front of Avdiivka using mortars, tank guns and tubular artillery.

They did not undertake offensive operations on the In front of Novopavlivkaalthough they fired at areas in and around Mar’inka, Velyka Novosilka, Neskuchne, Vuhledar and Pavlivka.

The towns and villages of Lozove, Andriivka, Olhyne, Zelenyi Hai and Stepova Dolyna came under Russian fire on Pivdennyi Buh before. Ukrainian Defense Forces repelled Russian attempts to advance on Vysokopillia and Potomkin.