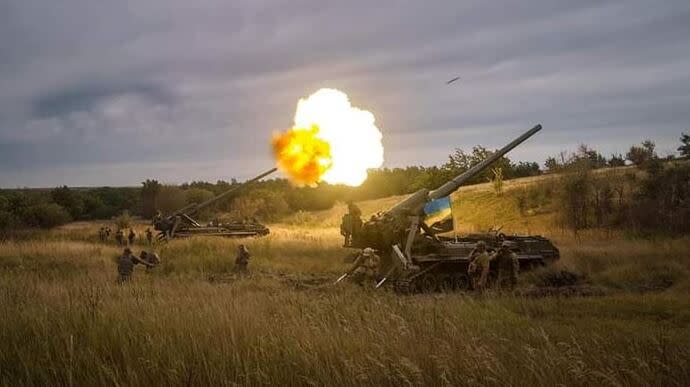 Missile units and artillery of the Ukrainian Armed Forces destroyed the pontoons and ferry crossings of the Russian occupiers, as well as eight of their ammunition warehouses; six Russian command and control centers were also hit, including corps-level centers.

Source: General Staff of the Armed Forces of Ukraine on Facebook, information at 6:00 p.m. on September 6

Details: During the day, Ukrainian aircraft carried out more than eight strikes, destroying Russian weapons, equipment and air defense systems, and killing significant numbers of Russian soldiers at strongpoints on the Donetsk and Pivdennyi fronts. Buh.

Units of the Ukrainian Defense Forces maintain their positions and prevent Russian forces from penetrating deeper into Ukrainian territory. The Ukrainian army managed to successfully repel Russian attacks near the towns and villages of Dolyna, Soledar, Novobakhmutivka, Kodema, Zaitseve, Avdiivka, Marinka and Lyubomyrivka.

There were no significant changes to the fronts of Volyn and Polissia.

Due to heavy losses, the number of Russian units that had been withdrawn to recover combat capability increased. In addition, private military companies were forced to replenish their units by recruiting prisoners from the temporarily occupied territories of Donetsk and Luhansk oblasts.

Journalists are fighting on their own front line.
Support Ukraine Pravda or become our patron.