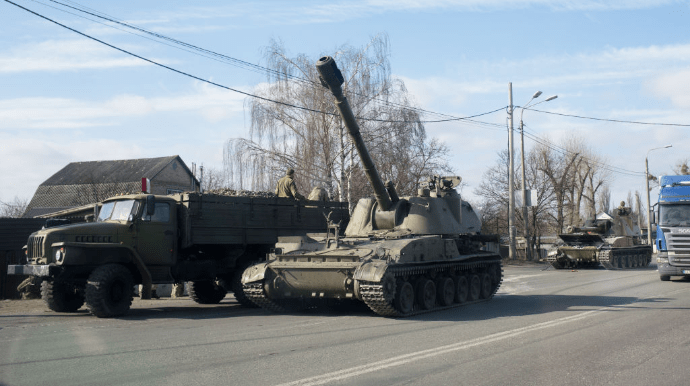 During the day of July 14, the Ukrainian Armed Forces killed 18 Russian soldiers in southern Ukraine and destroyed a Russian Gvozdika self-propelled howitzer and a field ammunition depot.

The operational command in Pivden (south) notes that pairs of Russian helicopters carried out airstrikes in northern Kherson Oblast in an attempt to hit the positions of Ukrainian troops. These strikes failed and the Russians withdrew. A Russian Su-35 fighter jet used air-to-air missiles in an attempt to shoot down Ukrainian attack planes in the skies over Nova Kakhovka, but was unsuccessful: the Ukrainian plane suffered no damage no loss.

A pair of Russian Su-24 jets attempted to destroy Russian military equipment left behind on Zmiinyi (Serpent) Island. Ukrainian forces on the island suffered no losses.

The Ukrainian Armed Forces carried out four strikes against a concentration of Russian troops, weapons and equipment in the area of ​​Pravdyne, Lozove and Blahodatne.