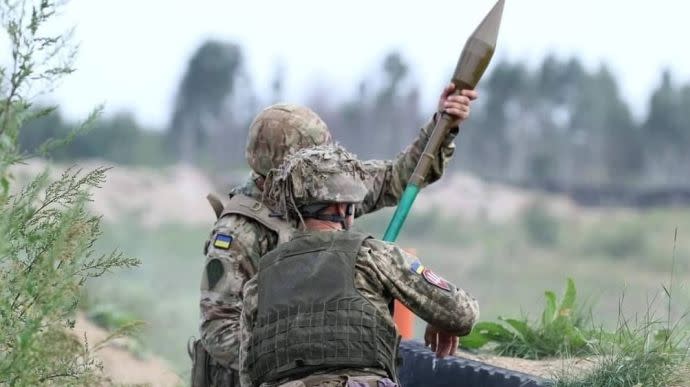 Source: Assembly of the Ukrainian General Staff from 6:00 p.m.

Damage was inflicted on three Russian control centers. A facility for Russian military personnel was destroyed and a Russian special forces unit came under Ukrainian fire. Details of the abuser’s losses are being confirmed.

Electronic warfare equipment and an ammunition storage site were also destroyed; as a result, the Russian ability to carry out offensive actions has been significantly reduced.”

Details: It should be noted that units of the Ukrainian Defense Forces hold their positions and prevent Russian forces from advancing deeper into Ukrainian territory. The Defense Forces managed to successfully repel enemy attacks near the settlements of Dolyna, Soledar, Novobakhmutivka, Kodema, Zaitseve, Avdiivka and Marinka.

During the day (from September 3], in order to support the actions of the ground groups, the Ukrainian Air Force carried out more than 5 strikesduring which combat equipment, electronic warfare equipment, air defense systems were destroyed and a significant number of personnel were killed in the Donetsk and Pivdennobuzkyy regions.

In general, the aggressors continue to focus their efforts on establishing full control over Donetsk oblast and holding occupied districts of Kherson, Kharkiv, Zaporizhzhia and Mykolaiv oblasts.

Offensive and assault operations continue around Bakhmut and Avdiivka. Russian forces actively use air defense systems to cover their troops. There were no active combat operations around Kramatorsk and Novopavlivsk.

During the day of September 3, the Russian military carried out eight missile attacks and more than ten airstrikes on military and civilian targets in Ukraine. In particular, infrastructure was damaged in the settlements of Peremoha, Husarivka, Bilohiria, Pryshyb, Vremivka, Poltavka, Zaitseve, Bilohorivka, Yakovlivka, Vodiane and Vodyane. The Russians are actively carrying out reconnaissance missions using drones.

Sensing the danger, the Russian occupiers reinforced administrative surveillance and police forces in settlements along the banks of the Dnipro and coastal protection in the temporarily occupied areas of Zaporizhzhia and Kherson oblasts.

In addition, state enterprises of the Russian Federation received new standards for the selection of military “volunteers” for war. Thus, the “Rossiyskie zheleznye dorogi” (Russian Railways) was ordered to recruit up to 10,000 new candidates for short-term military contracts among civilian employees.

There is also another threat of massive and systematic air and missile strikes on military installations and critical infrastructure throughout Ukraine.

On the fronts of Volyn and Polissia there were no significant changes. The Belarusian armed forces check the readiness of field communication systems as part of preparations for command and staff exercises.

According to reports in the media and on Telegram channels, on the afternoon of September 3, several very powerful explosions occurred in Russian-occupied Kherson; local residents reported that the Ukrainian Armed Forces had destroyed a recreation complex where Russian occupants and collaborators were staying.