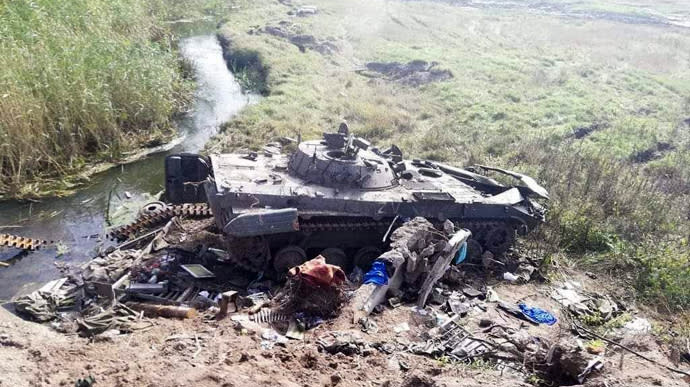 Source: Serhii Haidai, head of the military administration of Luhansk Oblast, on Telegram

Quote from Haidai“Further from the front, where the planes of the Ukrainian Defense Forces [collective name for all Ukrainian military formations involved in the ongoing combat in this country – ed.] carried out 6 airstrikes on October 10, 4 concentrations of weapons and military equipment and 2 enemy anti-aircraft missile systems were hit. In addition, air defense units destroyed an enemy Su-25 aircraft.”

Meanwhile, Haidai said the Russian occupiers are using the search for Ukrainian saboteurs as camouflage to search for their own deserters.

The head of the military administration of Luhansk Oblast also said that hospitals in Luhansk Oblast are full of Russian occupiers; they are even hospitalized in children’s hospitals, right next to the children. Some children were discharged before completing full treatment due to lack of places in hospitals. One hospital in Antratsyt in particular is overflowing with Russian soldiers.

Haidai said there was unrest among Ukrainian collaborators. According to his information, the majority of Ukrainian separatists who have agreed to work with the Russians in the Troitske district have taken unpaid leave and are trying to evacuate further from the front and, if possible, to Russia.