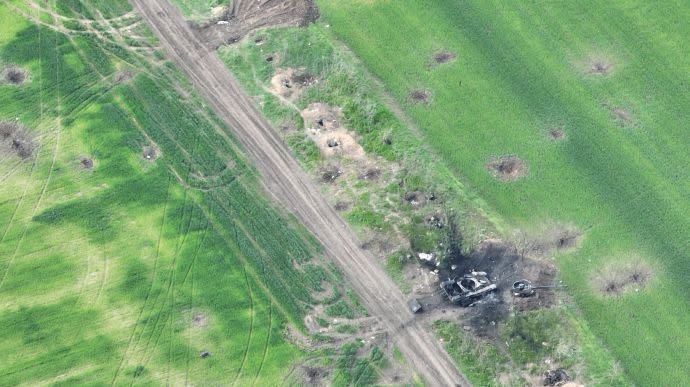 Russian losses in the area under the responsibility of Task Force Skhid include: up to 180 soldiers, 2 tanks, 5 infantry fighting vehicles, 3 armored vehicles, 3 mortars and 3 drones.

On Tuesday, May 24, Russian occupation forces shelled 39 towns and villages in Donetsk and Luhansk oblasts, destroying more than 60 civilian infrastructure, including 50 residential buildings, a hospital, a coking plant, a railway station, a construction center , a shopping mall, a national police department building, a prosecutor’s office building, an electrical substation, and a garage cooperative. At least 14 civilians were killed, 15 others were injured to varying degrees of severity.