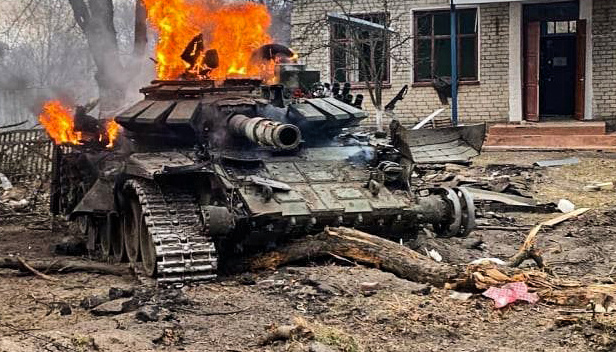 The Ukrainian Armed Forces have already destroyed 17 of the 90 battalion tactical groups deployed by Russia in its war against Ukraine.

Oleksandr Motuzianyk, spokesman for the Ukrainian Ministry of Defense, said this during a nationwide information marathon, reports Ukrinform.

“Russia has used almost 170,000 men in its war against Ukraine. In total, more than 90 tactical battalion groups have been deployed, and by the way, Russia could add about 30 more in a month and a half or two. Nevertheless, the Ukrainian army forces are actively destroying the enemy. At the end of May, 17 tactical groups of Russian battalions were completely destroyed,” Motuzianyk said.

He noted that the most active phase of Russia’s large-scale armed aggression against Ukraine is underway. However, he said, Russia suffered a strategic defeat in the so-called first stage of aggression, which forced it to reconsider its goals.

“Now they are trying to completely take control of the administrative borders of the Donetsk, Lugansk and Kherson regions. They are trying to encircle a group of Ukrainian troops and create a stable land corridor with the temporarily occupied territory of the Autonomous Republic of Crimea The situation is quite difficult now, but it is nevertheless a strategic defeat for Russia,” Motuzianyk said.

“This war has shown that Russia cannot engage in active combat operations in strategic areas at the same time. That is, it can resort to some tactical operations, but the strategic offensive overall failed,” he said.