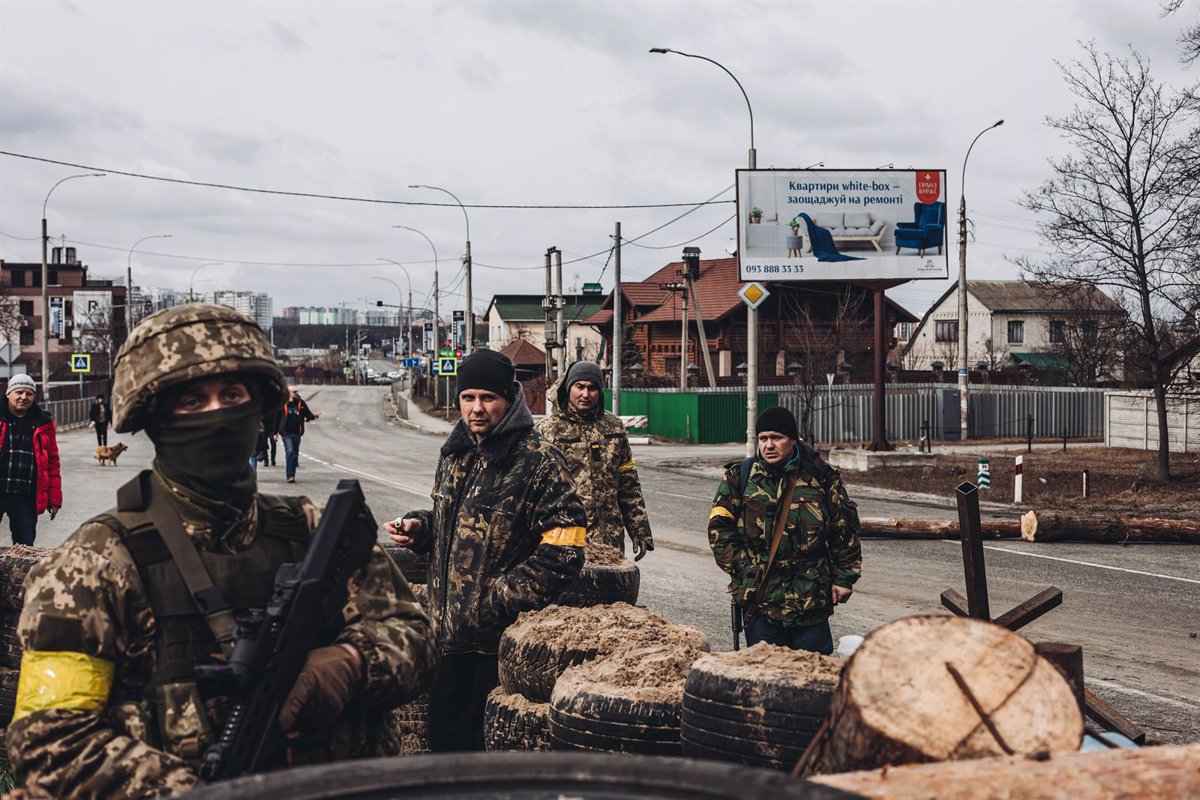 A Ukrainian army soldier at a checkpoint in the town of Irpin, on March 4, 2022, in Irpin, Ukraine. – Diego Herrera – European Press

Follow live the latest news on the war in Ukraine

kyiv has “about 17,500” Russian soldiers killed in action since the start of the invasion

The Armed Forces of Ukraine assured this Thursday that the Russian forces are “successfully contained in all directions” and stressed that “in some areas the troops are carrying out successful counterattacks”, as part of the invasion initiated on February 24 by order of Russian President Vladimir Putin.

The General Staff of the Ukrainian army indicated in its account on the social network Facebook that the Ukrainian forces “continue to carry out a defensive operation in the east, south-east and north-east directions”, before noting that in Donetsk and Lugansk regions “Five enemy attacks were repelled in one day.

Likewise, he denounced that “in the territories of the Kyiv region abandoned by the enemy, there are frequent cases of mines in the land and buildings” and pointed to a “movement of Russian military equipment” in Belarus , “probably with the aim of regrouping units and creating a reserve to replace the losses in men, arms and material in Ukraine”.

The Armed Forces of Ukraine reported that “the moral and psychological situation of the troops of the Russian enemy, as well as the level of motivation of the personnel of the occupation forces when participating in hostilities, remain low and tend to deteriorate” . “There have been many cases of refusal to continue service and reluctance to sign contracts with conscripts in units of the Baltic Fleet,” they noted.

In their message, they claimed that the Russian forces were seeking to “implement a scenario to create another pseudo-republic in the Kherson region” (south), for which Russia would carry out “explanatory work” to local authorities and To the population. to promote the possibility, amid reports of alleged plans to hold a referendum in that part of the country.

On the other hand, they estimated at “about 17,500” Russian soldiers killed in combat since the start of the war, a figure higher than that recognized by Moscow, which assured Friday that more than 1,350 soldiers had died in the clashes. Thus, he detailed that to date, 614 combat tanks, 311 artillery systems and 96 self-propelled and armored multiple rocket launchers have been destroyed.

The Ukrainian army general staff also said that 135 planes, 131 helicopters, 54 air defense systems, 1,201 vehicles, seven boats, 75 fuel tanks and 83 drones were destroyed. “The data is updated. The calculations are complicated due to the high intensity of hostilities,” he concluded.

The figure contrasts with one provided on Friday by the First Deputy Chief of Staff of the Russian Armed Forces, General Sergei Rudskoy, who confirmed 1,351 Russian soldiers killed and 3,825 wounded since the start of the invasion on February 24. . He also pointed out that “the losses of the Ukrainian Armed Forces amounted to about 30,000 soldiers, of whom 14,000 died.”

The Russian government announced on Tuesday that it would “drastically reduce” its military operations against the Ukrainian capital, kyiv, and the city of Chernigov after “constructive” talks with Ukraine in the Turkish city of Istanbul during which the Ukrainian authorities have again stressed the need for international security guarantees in order to accept a status of neutrality.