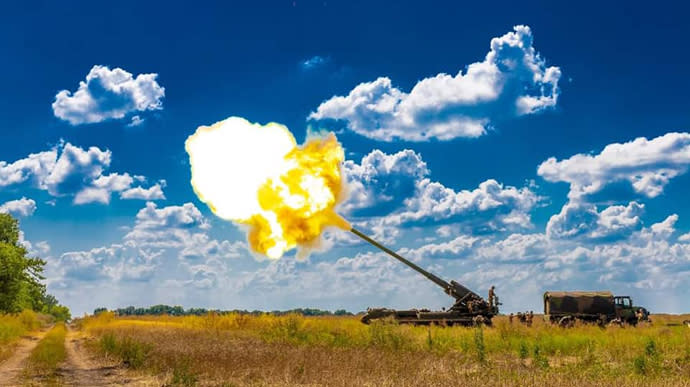 The Ukrainian defenders managed to repel 9 offensive attempts of the occupiers. On the Kramatorsk front, the Ukrainian armed forces forced the Russians out of previously occupied positions.

Quotation: “The enemy continues to concentrate its efforts on establishing full control over the territory of Donetsk Oblast, holding the temporarily captured districts of Kherson Oblast, [as well as] part of Kharkiv, Zaporizhzhia and Mykolaiv oblasts.

There is still a threat of massive air strikes and missiles on military and civilian infrastructure throughout Ukraine.

In the waters of the Black Sea, the carriers of the Kalibr sea-based cruise missiles of the Russian occupation forces are still in standby mode.

Details: On September 5, Russian forces carried out more than 40 launches from the MLRS and more than 25 airstrikes, aimed at hitting military and civilian objects on Ukrainian territory.

The General Staff of the Armed Forces reports that the command of military units of the 1st Army Corps of the Russian Occupation Forces is taking measures to force conscripts to transfer to contract service, which makes it impossible to dismiss them from military service within three years.

In addition, one-time payments for signing such contracts do not apply to this category, which significantly reduces the morale and psychological state of the staff.

Russian forces continue to commit illegal actions in Kherson Oblast. Thus, the Russian occupiers turned off the Kakhovka hydroelectric power station, which caused the blackout in part of the Kherson and Zaporizhzhia oblasts.

Successful Ukrainian defenders repelled offensive attempts by Russian occupying forces near Bilohorivka, Hryhorivka, Pokrovske, Bakhmutske, Lozove, Spartak, Soledar, Zaitseve and Semyhiria. On the Kramatorsk front, they had some tactical success and forced the Russian troops out of their previously occupied positions.

During the day, in order to support the actions of the ground groups, the Ukrainian air force carried out more than 15 strikes, targeting personnel, combat and special equipment, as well as other military installations of the Russian forces.

According to the updated information, the losses of the Russian forces have been confirmed. As a result of a successful fire attack near Kupiansk, Kharkiv Oblast, the occupants lost more than 100 servicemen killed and wounded, and two combat vehicles were destroyed.

It is reported that the successful actions of the defense forces allowed them to disable the crossing points near Kherson and once again nullified the aggressor’s attempts to resume the transfer of troops across the Dnipro River.