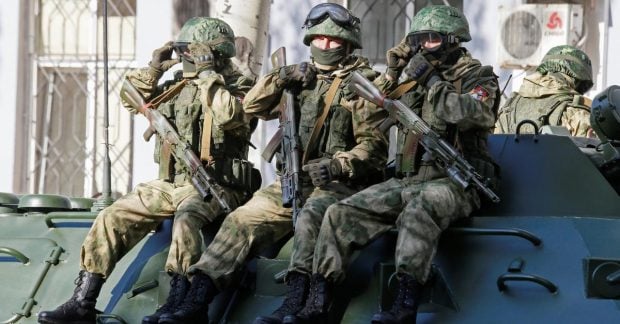 The investigating authorities are working to solve more than 12,000 crimes committed during the armed conflict in the occupied areas of the Donetsk and Luhansk regions.

It is according to the Office of the Attorney General.

The report follows a series of working meetings of Deputy Prosecutor General Gunduz Mamedov held in the Luhansk and Donetsk regional prosecutor’s offices, during which progress was discussed on the said category of cases.

Read alsoEnvoy of the mediator Viacheslav Petliovany: In Russian prisons, Ukrainians are held in cages, knelt down, fed on psychotropic drugsProsecutors claim to have ensured the collection and systematization of information on the facts of serious violations of international humanitarian and criminal law, as well as on gross human rights violations by Russian proxy forces in the temporarily occupied areas of Donbass .

Almost 360 criminal proceedings are pending for possible violations of the laws and customs of war (Article 438 of the Ukrainian Criminal Code).

These are murders of civilians, kidnappings and deprivation of liberty, torture, inhuman treatment, indiscriminate bombing of civilian infrastructure, forced population passports, “nationalization” of companies, as well as violation of the ecological balance in the occupied areas, and violations of the laws and customs of war in the context of the spread of COVID-19.

In total, prosecutors located in the occupied part of Donbass around 160 detention centers and identified more than 3,000 victims as a result of the actions of the Russian occupation authorities.