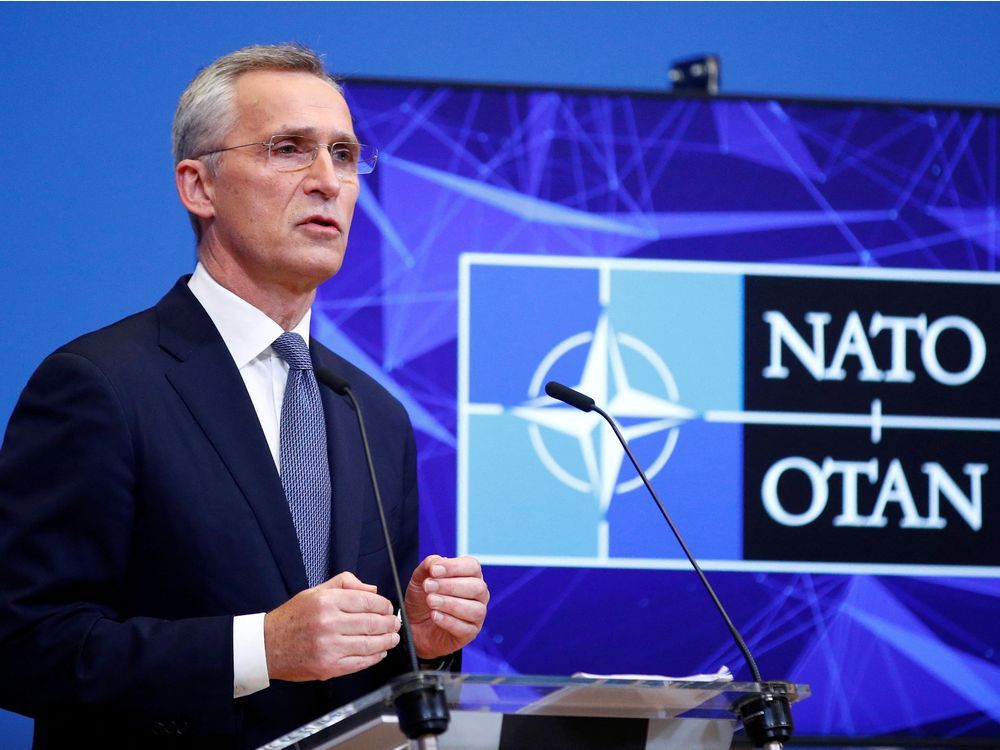 BRUSSELS – NATO said on Wednesday it was ready to discuss arms control and missile deployments with Russia to avoid the risk of war in Europe, but Moscow said the situation was “very dangerous” and that the way forward was not clear.

The rift between Russia’s position and that of the United States and its allies has become sharper than ever after four hours of talks in Brussels, the second attempt this week to defuse a crisis sparked by the gathering of Russian troops near Ukraine.

NATO Secretary General Jens Stoltenberg said the alliance was ready to hold arms talks but would not allow Moscow to veto Ukraine’s ambition to join NATO someday – a fundamental demand on which Russia says it will not give in.

“There is a real risk of a new armed conflict in Europe,” Stoltenberg said at a press conference.

“There are significant differences between NATO allies and Russia,” he said. “Our differences will not be easy to bridge. “

Russian Deputy Foreign Minister Alexander Grushko has said Moscow is ready to talk about weapons deployment and verification measures, but will not allow its proposals to be handpicked.

During a lengthy press conference, Grushko said Russia could not take seriously NATO’s claim to be a defensive alliance that would not threaten it, and said it would respond symmetrically to any attempt to contain her or intimidate her.

“It is not our choice, but there will be no other way if we fail to reverse the very dangerous course of events at present.”

This week’s talks – which begin with a Russian-American meeting in Geneva on Monday and are scheduled to continue Thursday in Vienna at the Organization for Security and Cooperation in Europe – come at one of the most tense times in the world. East-West relations since the Cold War. .

Russia denies plans to invade Ukraine, but says it needs a series of guarantees for its own security, including stopping NATO expansion and withdrawing Alliance forces from Central and Eastern European countries which joined after 1997.

US Under Secretary of State Wendy Sherman reiterated that these requests were “unfounded”.

Sherman told reporters that it was difficult to understand why a nuclear-weapon Russia felt threatened by its much smaller neighbor and why it conducted live-fire exercises near its border with Ukraine.

“Is this about an invasion?” Is this bullying? Is it to try to be subversive? I don’t know, but it’s not conducive to diplomatic solutions, ”she said.

Russia has not made any de-escalation commitments, she said, but neither has it said it will not.

Despite the divide between positions, Stoltenberg said it was positive that the 30 NATO allies and Russia had “come together around the same table and engaged on substantive issues.”

Grushko said he did not recall such a clear and frank discussion with NATO. He said progress was possible, but there were some areas where Russia could not back down.

He said Moscow wanted written responses from NATO on its proposals and to know from the alliance how it would implement them or – if not – why it couldn’t.

Sign up to receive daily news from the Montreal Gazette, a division of Postmedia Network Inc.

Thank you for your registration!

A welcome email is on its way. If you don’t see it, please check your spam folder.

The next issue of Montreal Gazette Headline News will be in your inbox soon.

We encountered a problem while registering. Try Again