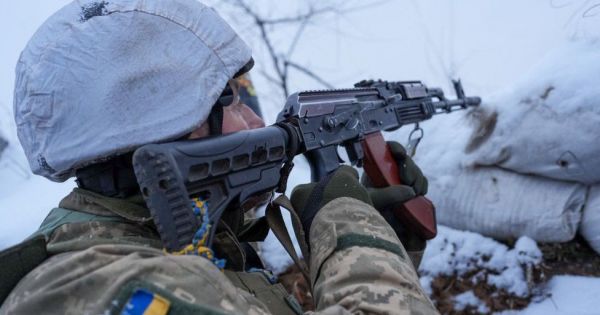 Weeks after the start of a military conflict with the Russian Federation, Ukraine’s parliament announced it would increase defense spending following a £1.7 billion loan from the UK, a we reported.

Much of the funding will be used to boost the capabilities of the Ukrainian Navy, sources in Kyiv say. Ukraine would buy two minesweepers from British suppliers and also allocate these funds to ensure the joint construction of missile weapons and to further arm its fleet.

Ukraine also plans to build a frigate and receive advisory and technical support for the construction of naval infrastructure, including the delivery of equipment, in accordance with an agreement signed in London on November 12, 2021, to consider allocations for the construction of eight missile launchers. , the purchase of two minesweepers in the United Kingdom and the opening of two naval bases in Ukraine.

Britain, along with the United States, was one of the first countries to supply Ukraine with advanced “deadly” weapons labeled “defensive” – ​​weeks before Russia’s February 24 military operation.

Defense Minister Ben Wallace admitted on March 9 that his country intended to provide military aid to the Ukrainian armed forces. “In response to further acts of aggression by Russia, we have now increased this supply. I can inform the Chamber that to date we have delivered 3,615 NLAWs and continue to deliver more,” Wallace told the House of Commons.

He also indicated that Javelin anti-tank missiles would be delivered shortly. “I want to assure the House that everything we do is linked to the decision to provide defensive systems and is calibrated not to reach a strategic level,” Wallace added.

The British government has also agreed to explore the donation of Starstreak high-speed man-portable anti-aircraft missiles. “We believe that this system will remain in the definition of defensive weapons but will allow Ukrainian forces to better defend their skies,” the minister said.

Prime Minister Boris Johnson’s spokesman said Russian missile strikes on a Ukrainian base near the Polish border were deeply concerning, but that would not stop Britain from continuing to supply Ukraine with weapons defensive.

A UK Foreign Office spokesperson told Asharq Al-Awsat that the UK was the first European country to support Ukraine’s sovereignty. He recalled that since 2015, British forces had trained more than 22,000 members of the Ukrainian armed forces and that the government had approved a £1.7 billion loan to develop Ukraine’s maritime capabilities. British support for Ukraine also extends to other non-military areas.

The UK has also encouraged British families to take in Ukrainian refugees fleeing their country, under the ‘Homes for Ukraine’ scheme, which will allow asylum seekers to enter Britain even if they don’t have no local family ties. The Brits will be paid £350 a month if they can offer refugees an alternative room or property for a minimum of six months. The UK government will also help municipalities provide free education, healthcare and assistance to people who are allowed to live and work in Britain for three years before applying to settle their situation and stay in the country.

Ukrainian refugees are expected to reach the UK in the thousands.