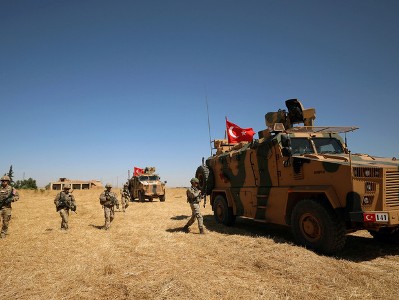 Turkey may be preparing for a ground operation in northern Syria, writes Yeni Şafak, citing sources.

“During Operation Sword Claw, 89 terrorist targets were destroyed. Many terrorists from the PKK (Workers’ Party of Kurdistan, banned in Turkey), including several senior leaders, were eliminated. The operation is considered the first stage of a possible ground operation in Syria,” the newspaper wrote.

The planes, taking off from six different bases across the country, reportedly carried out simultaneous operations against targets in Syria and northern Iraq.

“The operation, which was carried out by fighter and support aircraft as well as drones, destroyed targets including shelters, bunkers, caves, tunnels and warehouses belonging to terrorists,” the statement said. publication.

The day before, the Turkish Ministry of Defense had announced the start of the air operation against Kurdish formations in northern Syria and Iraq. According to the ministry, terrorists are using the northern territories of these countries as bases for attacks against Turkey.

The incident was caused by an act of terrorism committed in Istanbul on November 13. The explosion in the pedestrian street Istiklal killed six people and injured more than 80.