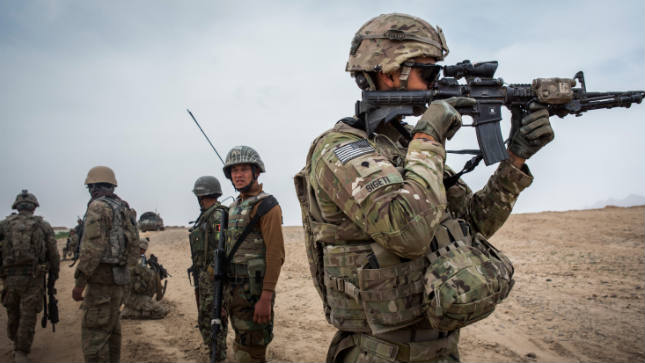 “There is no doubt that we remain in a state of armed conflict against the Taliban, al-Qaeda and associated forces as a matter of international law,” Pentagon General Counsel Stephen Preston said during a briefing. a rare speech at the annual meeting of the American Society of International Law.

“Although our presence in this country has been reduced and our mission there is more limited, the fact is that active hostilities continue,” Preston said.

{mosads} “Our military operations in Afghanistan remain important,” he added. “In short, the enemy has not flinched and significant armed violence continues.”

It was a message somewhat at odds with the president’s statement in December that “our combat mission in Afghanistan is ending and the longest war in American history is coming to a responsible conclusion.”

Preston’s remarks came as part of a defense of the administration’s continued use of the 2001 authorization for the use of military force, despite some Democrats saying it is too broad and essentially a blank check for endless war.

Preston said the 2001 AUMF not only provided the legal authority to use military force in Afghanistan, but also against the Islamic State in Iraq and Syria, and against the al-Qaeda affiliate in Yemen and elsewhere. .

“The AUMF of 2001 continues to provide the authority for our ongoing military operations against al-Qaeda, ISIL and others, even as the conditions of the fight have changed since this authorization was first enacted. times,” Preston said, using another acronym for ISIS.

The White House submitted a draft AUMF proposal in February, but Republicans and Democrats are deeply at odds over its provisions, with no sign of movement.

Rep. Adam Schiff (California), the ranking Democrat on the House Intelligence Committee, said he still supports crafting a new AUMF against ISIS and its suppression as well as the 2001 AUMF after three years .

It would allow a new administration to review both efforts, and “a sunset on both measures ensures that no military effort continues on autopilot,” he told The Hill last week.

Preston said the president stands by his 2013 position to “refine and ultimately repeal” the 2001 AUMF.

He said it would also be important to adopt a new ISIS-specific AUMF, to show the world and to US troops that the US government was united against ISIS and to set limits on the conflict.

However, he argued that the 2001 AUMF was not a blank check for war and did not offer “unlimited flexibility” to the president.

Preston also floated the idea of ​​a follow-on AUMF in 2001 for future counterterrorism missions, which would not go far beyond what is needed, but would allow “a series of persistent and targeted efforts to dismantle specific networks of extremists violence that threaten America”.

Ultimately, he said, as long as hostilities continued, the use of force under the 2001 AUMF would continue.

“Where armed conflict continues and active hostilities have not ceased, it is clear that Congressional authorization to retain and use military force under the AUMF of 2001 continues,” said he declared.

Preston also seemed uncertain when these armed hostilities would end, saying they would continue “at least until 2015 and beyond”.

“As my predecessor explained to the Oxford Union in 2012, there will come a time when ‘so many leaders and operatives of Al-Qaeda and its affiliates will have been killed or captured, and the group will no longer be able to attempt or launch a strategic attack on the United States, as al-Qaeda as we know it, the organization that our Congress authorized the military to pursue in 2001, has been effectively destroyed,” did he declare.

“Unfortunately, that day has not yet come,” he said.