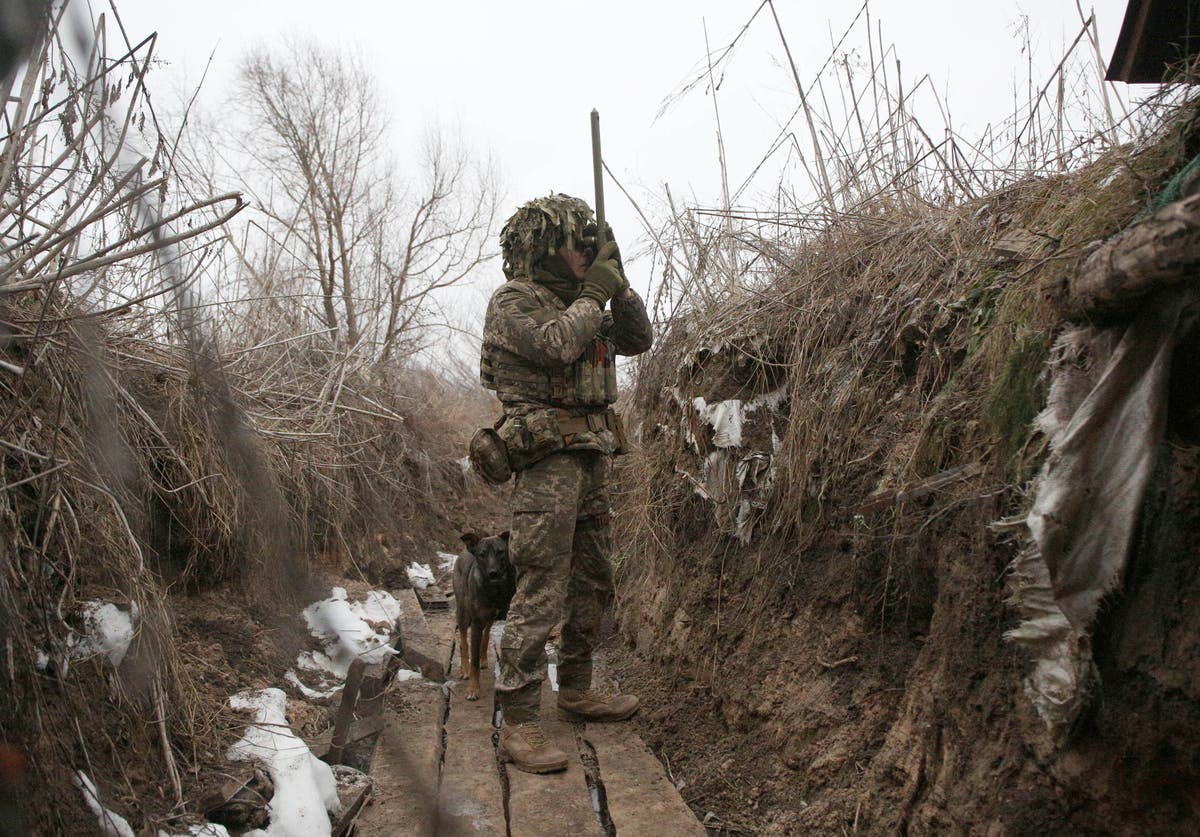 AAfter four hours of talks with Russia, NATO leaders said they were ready to engage in serious diplomacy with Moscow over arms control and missile deployments in Europe, but flatly rejected demands for Moscow that the alliance stops enlargement, withdraws its forces from member states bordering Russia, and guarantees that Ukraine will never join.

“Significant differences” remained between NATO and Russia, and “our differences will not be easily overcome,” NATO Secretary General Jens Stoltenberg said after the meeting.

“There is a real risk of a new armed conflict in Europe,” Stoltenberg said – one that would entail serious economic and other costs for Moscow, he added, and lead to new military deployments in member states close to Russia.

The United States and its NATO and European Union allies are urging Russian President Vladimir Putin to abandon any further invasion of Ukraine, withdraw troops and engage in reciprocal diplomacy on issues security of Russia – and of NATO.

Stoltenberg said NATO allies had urged Russia to “immediately de-escalate the situation in Ukraine”, where nearly 100,000 Russian troops have massed near the borders, and to respect the sovereignty and territorial integrity of its neighbors. Russian officials have not committed to withdrawing the troops, nor have they rejected the request, officials said.

NATO allies reaffirmed their refusal to accept Russian demands to stop further enlargement with countries wishing to join the alliance and to withdraw all allied troops from NATO members bordering Russia. These demands were repeated after talks by Russian Deputy Foreign Minister Alexander Grushko, a former permanent representative to NATO from 2012 to 2018.

“It’s a position of principle, and we won’t budge from it,” he said. But he described the meeting as “rather honest, direct, deep and comprehensive”, adding: “But at the same time it showed great divergence on fundamental issues”.

“It was a heart-to-heart discussion,” Grushko said. “I think we were able to communicate to the members of the alliance that the situation is becoming unbearable.” It was an opportunity to remind NATO that Russia, too, could have a say in the future of European security, which could “entail risks”, Grushko said. “We support peaceful solutions based on balance,” he added.

Grushko’s comments indicate that Russia, for now, is not closing the door to more diplomacy, even though it has not committed to talks beyond this week. Russian officials said earlier this week they would wait until after a full week of talks – which began with an informal dinner in Geneva last Sunday and ended in Vienna on Thursday – before making a decision on how continue.

Russian officials deny the country plans to invade Ukraine, but Putin has warned of an unspecified “military-technical” response if the West does not agree to Russia’s demands. Grushko reiterated this warning, without adding clarity.

Wendy R. Sherman, the undersecretary of state who led the U.S. delegation to the talks, called some of Russia’s demands “just plain non-committal” and pointed to NATO’s diplomatic offers to Moscow.

In a briefing to reporters in Brussels, Sherman said NATO officials had identified areas for the Russians “where we can work together and make real progress”, including in arms control, deployments missiles, risk reduction and greater transparency in military exercises.

Stoltenberg said NATO allies have offered Russia a series of additional meetings on broader European security issues, including issues raised by Sherman. But while the Russian delegation was generally positive, he said, they were unwilling or unable to commit to another meeting. This is another indication that even the best Russian diplomats may not know what Putin’s intentions really are.

She said the decision was up to Putin. “If Russia leaves,” she said, it would be “quite obvious that it was never serious about pursuing diplomacy.”

The choice of Moscow will be important for the fate of the Nord Stream 2 gas pipeline, intended to transport natural gas from Russia to Germany in the future, Sherman repeated. “From our point of view, it is very difficult to see gas flowing through the pipeline or it becoming operational if Russia renews its aggression against Ukraine.”

The pipeline, which is not yet operational, is a Russian geopolitical project that undermines the security of an “important part of the Euro-Atlantic community”, she said.

The meeting at NATO headquarters in Brussels was the second leg of a Kremlin-focused diplomatic tour, following talks in Geneva on Monday between Russian and US officials. Thursday’s meeting in Vienna with the 57 members of the Organization for Security and Cooperation in Europe, including Ukraine, will take place at a lower diplomatic level – with ambassadors rather than foreign ministers and others senior officials.

If Russia decides to pursue its goals diplomatically rather than return to war against Ukraine, some of the negotiations on future European security will take place under the auspices of the OSCE.

The Russian delegation to NATO was headed by Grushko and Deputy Defense Minister Alexander Fomin. They spoke at length at the start of the meeting, outlining Russia’s demands and concerns. In the ensuing exchanges, the 30 NATO members spoke with what Sherman called “incredible unity” about NATO’s core values, which include its openness to any country that wishes to join and qualifies to do it.

Ahead of Wednesday’s meeting, Grushko told reporters that “the moment of truth in our relationship with the alliance is coming,” according to Russian news agencies.

“It was not an easy discussion, but that is exactly why this meeting was so important,” Stoltenberg said, adding that NATO allies and Russia had “a very serious and direct exchange on the situation in Ukraine and around, and the implications for Europe. Security.”

The United States and its NATO allies hope Putin will decide to negotiate, as he now faces threats of punitive economic sanctions and further deployments to NATO allies bordering Russia, such as Poland. , the Baltic countries and Turkey.

The issue of new deployments is a live discussion, Estonian Prime Minister Kaja Kallas told Reuters. “Of course we are talking with our allies to increase their presence here to have a deterrent effect,” she said. “If you look at the map, the Baltic states are a NATO peninsula and so we have our worries.”

Polish officials also seemed pleased with US and NATO responses to Moscow’s demands. “Our position is clear,” said Lukasz Jasina, spokesman for the Polish Foreign Minister. “Only NATO and the member countries decide NATO affairs. And nobody else.”

Russia is a neighbor but cannot be allowed to pressure others, Polish Deputy Foreign Minister Marcin Przydacz said. “What’s left for Russia is bullying, but as a smaller partner, with a diminishing role in the world, the argument that ‘if you don’t listen to us, we will beat the smallest colleague “cannot be taken into account.”

After Monday’s talks, Sergei Ryabkov, who led the Russian side, warned that unless the West accepted Russia’s demands to reduce NATO’s footprint in Eastern Europe and reject any Ukraine’s future membership, it would face unspecified consequences that would put the “security of the entire European continent” at risk.

Americans and Russians say after this week they will discuss whether to continue talking.

That is, unless Putin decides to argue that Washington and its allies aren’t taking Russia’s demands seriously — and are choosing to use this week as a pretext to go to war.

This article originally appeared in The New York Times.