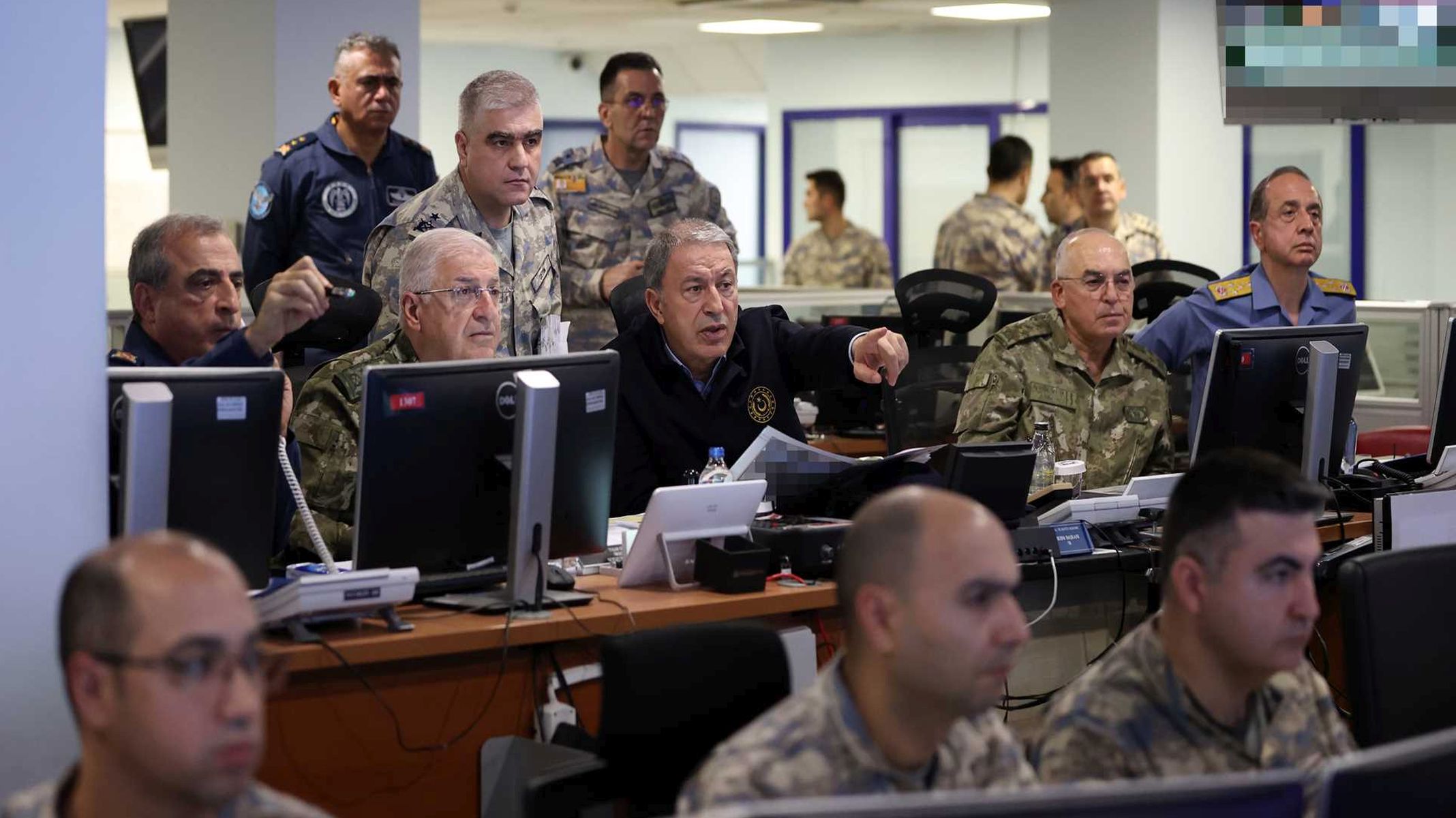 He announced that “Air Operation Claw-Sword” had been carried out in the northern regions of Iraq and Syria, which are used as bases by terrorists.

As part of the operation, which was carried out in accordance with the rights of self-defence under Article 51 of the United Nations Charter, to eliminate terrorist attacks from northern Iraq and Syria, d n ensuring border security and eliminating terrorism at its origin, the operation was carried out with great delicacy both in the planning and execution phases.

Prior to the execution of the operation, Minister of National Defense Hulusi Akar came to the Air Force Command together with Chief of General Staff Yaşar Güler, Commander of Ground Forces General Musa Avsever and Commander of the Naval Forces Admiral Ercüment Tatlıoğlu.

After receiving a briefing on the operation from the Air Force Chief of Staff, Lt. Gen. Rafet Dalkıran, Minister Akar said, “From now on, we are launching Operation Claw Sword.” . Following his instructions, the planes took off from their bases.

After the targets were hit with complete accuracy, the planes returned safely to their bases. At the end of the operation, Minister Akar radioed the Combat Air Force Command Operations Center with the pilots who participated in Pençe Kılıç.

Congratulating the staff for the successful completion of the air operation, Minister Akar said, “You have successfully completed Operation Claw-Sword. The less we rent. All of our comrades, especially our heroes and pilots, completed their assigned tasks with great success. We are proud of you. We cordially congratulate you. We wish you continued success. he said.

“Our goal is to keep our 85 million citizens and our borders safe, and to respond to any treacherous attack on our country.” Minister Akar stressed that the operation against terrorist targets in northern Iraq and Syria since midnight was carefully planned and carried out.

THE LABEL OF OUR TURKISH ARMED FORCES…

Minister Akar said that, as in all activities of the Turkish Armed Forces, they took all necessary precautions to avoid harm to innocent people and the environment during the planning and execution of this operation and conducted the operation accordingly.

Minister Akar said the struggle continues with the understanding of “if I die, if I become a martyr, a veteran” until the last terrorist is neutralized.

Following Minister Akar’s words, pilots participating in the operation said on the radio: “As long as we are there, Turkish airspace and Turkey’s borders will always be safe.” used his statements.

Minister Akar once again congratulated the pilots and wished a safe flight.