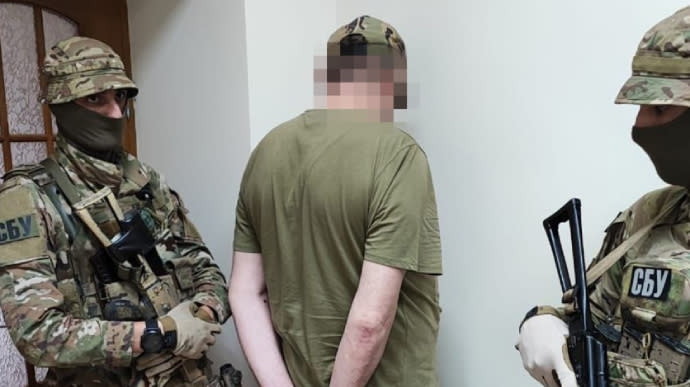 The Ukrainian Security Service announced that it had neutralized a group of Russian agents who were collecting intelligence on the defense of the Black Sea regions.

Quote from Dekhtiarenko: “During a special operation in Mykolaiv Oblast, 3 deep secret enemy agents were arrested.

They carried out reconnaissance of combat positions and movements of Ukrainian Armed Forces units, as well as geolocation of strategic critical infrastructure in the region. To cover up their criminal activities, the perpetrators implicated their close relatives and other local residents as informants.

The members of the group forwarded the information received to their Russian handler in the form of text messages and photos with contact details. They used pre-established anonymous Telegram channels for this purpose.”

Details: According to Ukraine’s security service, in addition to gathering intelligence, the perpetrators agitated people to support Russian forces and justified their crimes.

In this way, they tried to undermine the situation in the region and expand the circle of their accomplices, the spokesman of the Security Service stressed.

It was reported that law enforcement officers found computer equipment and means of communication containing evidence of illegal actions during searches of the premises where the Russian agents were staying.

Now the detainees have been told they are charged with:

According to the Ukrainska Pravda source, the court ordered the suspects to be taken into custody and under house arrest around the clock.