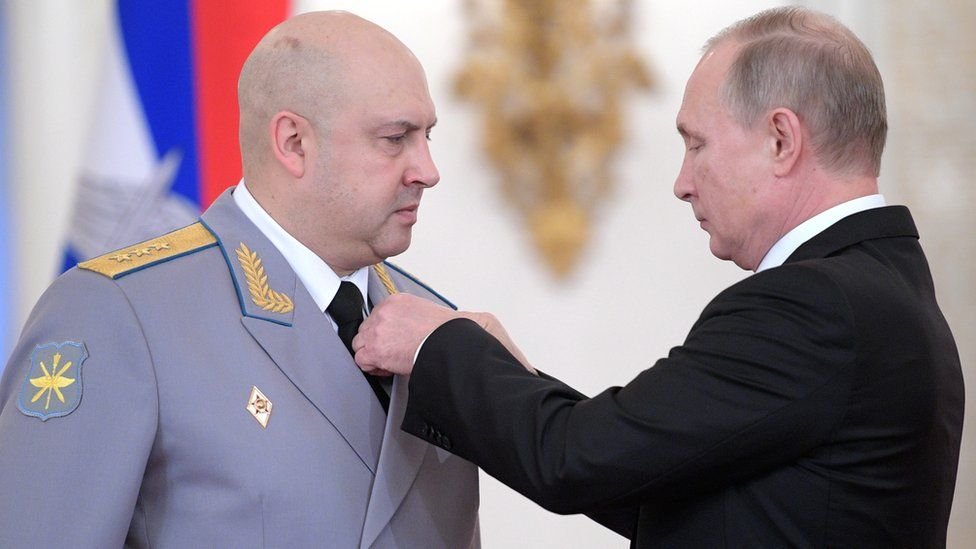 As the combat situation of Russian forces in Ukraine continues to worsen and political tensions rise in and around the Kremlin, Ramzan Kadyrov, the leader of Chechnya, has publicly criticized Colonel General Aleksandr Lapin for the Russian defeat at Lyman. Moreover, Yevgeny Prigozhin, the nominal leader of the famous Wagner group, publicly supported Kadyrov’s comments (Meduza, October 4). Additionally, criticism of Russian Defense Minister Sergei Shoigu is being disseminated more widely by Russian propagandists, including so-called “war correspondents” and many other pro-war bloggers. Moreover, just a day after castigating Lapin, Kadyrov received the rank of colonel general (TASS, October 5).

It is becoming more and more evident that the Kremlin regularly capitulates to the Russian “war party”, represented by public and sometimes overestimated figures, such as Kadyrov, Prigozhin or even the authors of the radical Telegram channels. But perhaps even more importantly, this “party” includes people who have permanent access to Russian President Vladimir Putin and who are directly involved in the decision-making apparatus of the Kremlin. Apart from the Russian Security Council, including its leaders (Scrf.gov.ru, October 13) and even some members of its academic council (Scrf.gov.ru, May 11, 2021), this “party” presumably includes most of the leadership of the Federal Protective Service (FSO) and the Federal Security Service (FSB) as well as those who have been appointed to government positions beyond the security services, such as Viktor Zolotov or Aleksey Dyumin. The faction also includes a significant number of other representatives of Russia’s political elite, including Andrey Gurulyov, a member of the Russian State Duma and retired lieutenant general, who has increased his public activity since the start of the aggression. of Russia against Ukraine in February 2022. (Chita.ru, October 12). Generally speaking, the Russian “war party” is not a typical ad hoc political coalition or a structured political hierarchy. Rather, it is a network of ideologically motivated and consolidated people who believe in the need to restore the Russian Empire and whose remaining power depends on the outcome of the confrontation with the West. Thus, their goal is as conservative as it is radical: to stay in power at all costs and destroy the US-led world order that prevents them from staying in power.

The appointment of General Sergei Surovikin – commander-in-chief of the Russian aerospace forces with a “warmongering” reputation – as commander of Russian forces in Ukraine has only temporarily eased domestic political tensions and restored some visible consolidation between the different wings of power in Moscow. class (RIA Novosti, October 8). However, a recent leak by FSB officers regarding Russia’s irrecoverable military losses in Ukraine, which now total more than 90,000 troops and officers (Histories.media, October 12), compared to fabricated official data provided by the ministry Defense Department (Kommersant, September 21), testifies that any idea of ​​complete consolidation is ill-founded. Internally consolidated, the “war party” seems incapable of extending its network.

Meanwhile, Western media are increasingly receiving leaks from Kremlin officials about those within Putin’s inner circle who disagree with his course of action (Reuters, September 14; The Washington Post, October 7, October 13). This process appears to be an attempt by some Moscow insiders to distance themselves from any semblance of personal responsibility for Russia’s aggression against Western political elites and public opinion.

The sabotage of the Kerch Bridge in Crimea has further aggravated this political faction, which remains hostile to the Kremlin despite the fact that the mainstream Russian public reaction to the Crimean attack supports further escalation (Fontanka.ru, October 8). Even independent of the “war party”, the Kremlin has limited possibilities to intensify its aggression in Ukraine. Recent massive Russian missile attacks backed by Iranian-made munitions against Ukrainian cities didn’t make much military sense, but the strikes demonstrated the implications of a ‘terrorist approach’ to the conflict and the alarming missile deficit long range. on the Russian side, as he was unable to replicate the heavy strikes of February 2022. Moreover, Russian citizens at home were the main audience for these attacks, and Putin’s main goals were to maintain his image personal as Supreme Commander-in-Chief. leader as well as the support of national radicals from the “war party” itself and from lower levels of Russian society (TASS, October 10).

This degradation of Russia’s military power towards a “terrorist approach” is combined with an organizational degradation of the armed forces, which is linked to the massive losses of personnel as well as to the problem of the mobilization in progress. Therefore, the Russian army is threatened to transform into an irregular military force, which will pose a greater domestic political threat once these units return from Ukraine. In this way, the Kremlin and the “war party” are interested in continuing the aggression to the end, prolonging the political and warlike agony.

However, if Putin’s authoritarian regime hopes to survive this crushing turmoil, he will likely attempt to portray the Russian armed forces and their leadership, including Surovikin, as the sole actors responsible for the atrocious defeat in Ukraine. For members of the Russian “war party”, turning the Russian armed forces into a pariah institution may be the only way they can avoid losing significant power in Moscow.