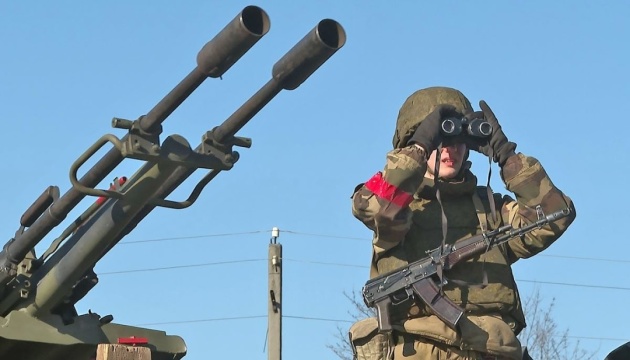 There are signs that the Belarusian armed forces are preparing for a direct invasion of Ukraine.

The Ukrainian Ministry of Defense said so in a statement posted on Facebook, reports Ukrinform.

“The defense forces of our state are ready to fight back. The direct involvement of Belarusian troops in Russia’s armed aggression against Ukraine, against the will of ordinary soldiers and the vast majority of the Belarusian people, will be a fatal mistake for Alexander Lukashenko,” the ministry said.

According to the statement, in the direction of Polissia, the enemy tries to gain a foothold on the captured borders, expects a reinforcement of the group thanks to the arrival of reserves and prepares to attack the Ukrainian capital, kyiv.

There were no active offensive operations in the direction of Siversky. The enemy continues to regroup and concentrate its forces and resources to resume offensive operations. The Ukrainian defenders opened fire on the invaders’ positions. Having suffered many casualties, the enemy was forced to defend themselves and resorted to mining the area.

The occupiers did not conduct active offensive operations in the direction of Slobozhansky. In the Belgorod region, near the Ukrainian border, enemy artillery positions were spotted. The enemy did not abandon their intentions to establish control of the city of Izium, but lost the combat capability of their units and were stopped.

In the direction of Donetsk, the main efforts of the enemy are concentrated on storming the settlements of Rubizhne, Sievierodonetsk and Popasna. There were attempts to break through the defense line of Ukrainian troops near the settlement of Verkhniotoretske, but the enemy suffered losses.

The siege and bombardment of the heroic city of Mariupol continues.

There were no active offensives in the southern direction of Buh, the enemy moved to the defense in some areas.

Martial law was imposed in Ukraine and a general mobilization was announced.