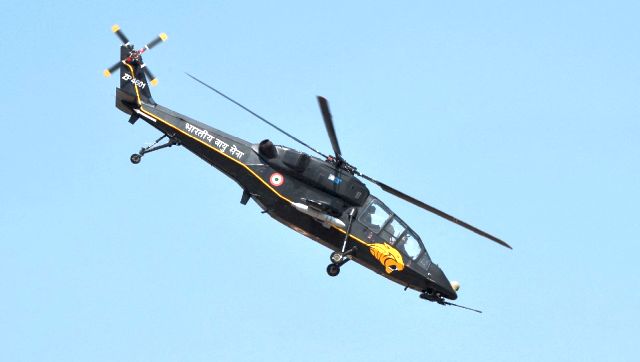 The need for the LCH was realized after the Kargil war of 1999. It is the only attack helicopter in the world, which can land and take off at an altitude of 5000 m (16,400 ft) with a considerable load of weapons.

The Indian Armed Forces received a big boost on Wednesday when the Cabinet Committee on Security (CCS) approved the purchase of 15 locally developed Light Combat Helicopters (LCH) at a cost of Rs 3,887 crore.

We look at the features of the LCH, why the LCH is indispensable and also the evolution of helicopters used by the Indian Armed Forces.

The Indian Armed Forces helicopter fleet has steadily increased over the past few years.

Along with the Mi-4, the IAF also inducted Chetak helicopters manufactured by Hindustan Aeronautics Limited in 1962. The helicopter, originally called Aloutte III, was renamed Chetak – after the legendary horse of the 16th century Rajput ruler Maharana Pratap – for the Indian Armed Forces.

As time passed and military requirements changed, the IAF has inducted several other helicopters over the years.

Today, the Indian Air Force boasts of having the Boeing AH-64E Apache helicopters, CH-47F(I) Chinooks manufactured by Boeing, which have bolstered the country’s heavy helicopter transport capability, the Mi-17 V5 – used to transport the Prime Minister domestically, the Mil MI-25 and MI-35 attack helicopters and the Dhruv ALH in its inventory. The LCH, designed and manufactured by HAL, is a true “Made in India” product built with the participation of private industry. To date, the helicopter contains approximately 45% Indigenous content. AFP

And the LCH was born…

The idea for the LCH came after the Kargil war in 1999. Experts noted that at the time of the war, India was sorely felt the lack of an attack helicopter, capable of operating at ultra-high altitudes.

It was in 2006 that HAL announced its intention to develop an LCH that could operate in the harsh desert conditions as well as high altitude areas of Ladakh, including the Siachen Glacier.

The first test flight of these helicopters took place in 2010 after being plagued by numerous delays.

After its weapons tests in January 2019 and February 2020, HAL announced that the LCH was ready for “operational induction”.

The LCH, designed and manufactured by HAL, is a true “Made in India” product built with the participation of private industry. To date, the Helicopter contains approximately 45% indigenous content by value, which will gradually increase to over 55%.

A versatile attack helicopter, the LCH boasts of being the only attack helicopter in the world capable of landing and taking off at an altitude of 5,000 m (16,400 ft) with a considerable armament load.

Powered by two Shakti engines, the LCH has a maximum takeoff weight of 5,800 kg. The helicopter has a maximum speed of 268 km per hour and a range of 550 km. On the armament side, the LCH is equipped with air-to-air and air-to-ground missiles, a 20 mm cannon and 70 mm rockets.

The HAL website also states that the LCH has several stealth features and has armor protection, night attack capability, and crash-worthy landing gear to give it better ability to survival.

The role of LCH in the IAF

The LCH can play a versatile role in the armed forces as it has the capability to conduct combat search and rescue operations and destroy enemy air defense.

Additionally, the helicopter can also be deployed in high-altitude bunker-busting operations, counter-insurgency operations in jungle and urban environments and to support ground forces.

The Ministry of Defense said in a statement: “It would be a powerful platform to meet the operational requirements of the Indian Air Force and Indian Army.”

With contributions from agencies